Most gamers of a certain age will likely remember the first time they loaded up Neversoft’s late-nineties/early-noughties cult skateboarding classics.

The first two Tony Hawk’s Pro Skater games remain some of the highest-rated videogames of all time.

They owed their success partly to the huge degree of customisation available, impressive (for the time) 3D graphics and controls, the covetous easter eggs (performing a 1080 as Spider-Man is still up there as one of our top gaming moments of all time), the slapping soundtrack (Bring the Noiiiiiise), variety of tricks and tracks, and the countless hours of gameplay involved in chasing down each of the challenges.

A special five-board salute to salute to anybody that completed all the gaps.

But one of the most acclaimed aspects of the game was the dumb fun found in the frantic button-bashing of the competitive multiplayer mode.

The 2020 remake is scheduled to hit the shelves in September 4, 2020 and has been described as an honest ground-up remake in beautiful 4K.

The original selection of skaters, tracks and tricks from both games will be included, but other than the visuals, what else is new?

Vicarious Visions, the studio behind the remake, have teased that there will be enhancements to the create-a-park mode, as well as new goals to tick off in the story modes. We’re also expecting new tricks, and new skaters – but that’s still to be confirmed.

One of our favourite things about the original games was the music. And although we’ve learned that sadly, due to licensing issues, six tracks from the original pair of soundtracks will sadly not return — there are some exciting substitutions.

The almost complete, but not quite, sample playlist is available to listen to now on Spotify.

And what about the man himself? How does Tony Hawk (now 52) feel about this grind down the gnarly nostalgia rail? In a press release from developers, Activison he’s quoted as saying

“I’m excited to help inspire a new generation of skateboarders and gamers – and existing fans – to grow the sport even further.” 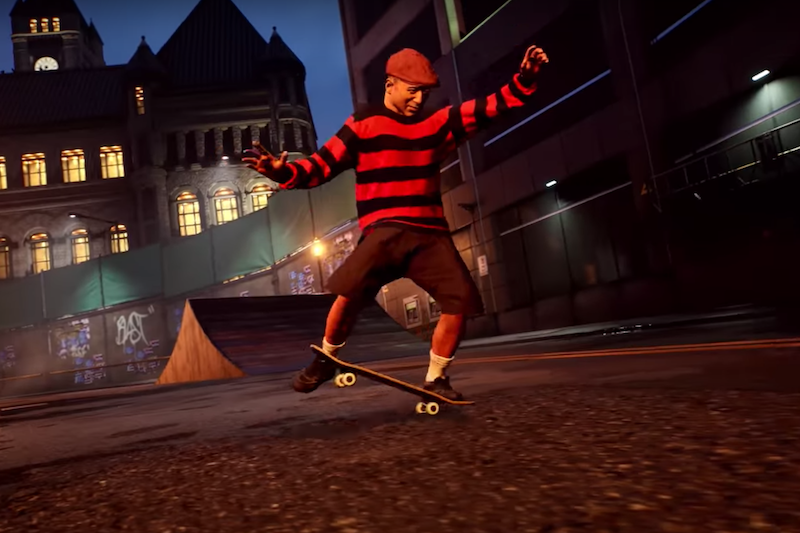 Activision has confirmed the game will be available for PC, PS4, and Xbox One and although it’s not been explicitly stated, it’s likely versions for the forthcoming PS5 and Xbox Series X consoles are also in the works.

You can reserve your copy on preorder at GamesPlanet.ae now for SAR149.