Reif Othman is a household name in Dubai, famed for his tenures at high-end kitchens including Zuma Middle East, Play Restaurant & Lounge, Billionaire Mansion, and his modern Japanese eateries Reif Japanese Kushiyaki. Now, Reif Japanese Kushiyaki is set for a huge expansion with six more venues planned in Riyadh, Egypt and the UAE. 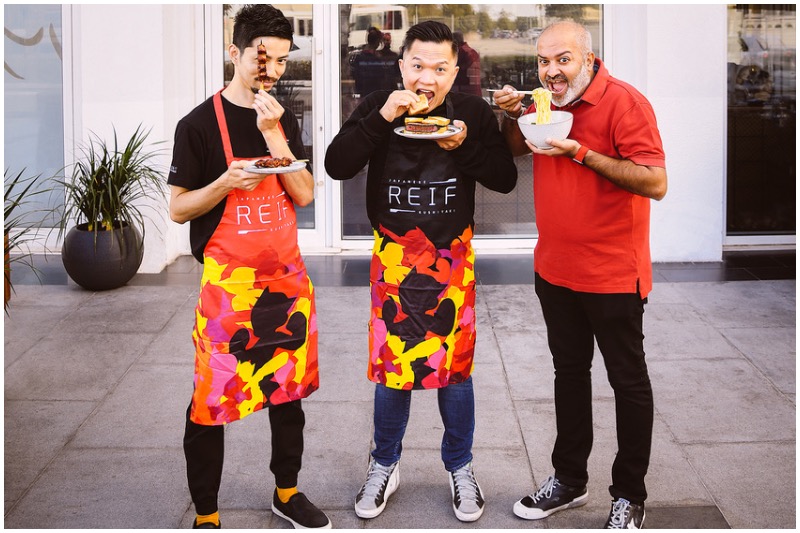 Setting his sights on the Middle East

Among the new locations set to open is a pop-up version at Time Out Market Dubai in Souk Al Bahar, followed by an expansion of the original Dar Wasl Mall location in Dubai in May, with a second location next door. This venue will house Reif Othman’s new bakery and breakfast café, serving his trademark cakes with coffee and tea, alongside an exciting new breakfast menu.

The month of May will also see the opening of the first franchised Reif Japanese Kushiyaki restaurant in Cairo with Baky Hospitality, set to seat 140 diners. Another three franchised restaurants are being explored for Riyadh, Saudi Arabia, but the details and exact location are not known yet.

Despite the industry crisis, the growth comes as the Dar Wasl Mall location in Dubai reported an 85 per cent increase in year-on-year revenue for Q4 2020.

Ahsan Kahlon, co-owner of Reif Japanese Kushiyaki and Reif Othman’s business partner, said, “It was always our intention to expand the Reif Japanese Kushiyaki brand regionally and internationally. In light of the pandemic, we have been able to negotiate compelling deals with landlords and franchisees, allowing us to take the concept further afield in the UAE, Egypt and Saudi Arabia. We are also assessing additional locations both in the region and globally.”

To help support the brand’s growth, Jun Tomioka, who has worked alongside Reif Othman for more than a decade, will take on a regional chef de cuisine role for the existing restaurants and the upcoming openings.

As the name suggests, Reif Japanese Kushiyaki’s focus is on the Japanese street food known as kushiyaki (grilled skewered meats). That’s not all, though. If the flagship branch in Riyadh features the same menu as Dubai’s, expect top-notch Japanese dishes with an inventive twist.

You would have heard our UAE What’s On reporters regularly wax lyrical about the food at Reif Japanese Kushiyaki. From the beautifully presented platters of fresh sashimi and hearty bowls of ramen to their famed sanchoku wagyu sando (generously sliced wagyu fillet, slathered with tonkatsu sauce and sandwiched between thick slices of toasted milk bread), every dish is a must-order – and we hope to see those items on the menu here.

We’re extremely excited about the first Reif Japanese Kushiyaki in Riyadh, which is expected to open later this year. So, watch this space for more details.