Are you ready for Formula E’s first night races in Saudi Arabia?

Mark your calendar! The 2021 Formula E returns to Riyadh for opening round of season 7…

For the third consecutive year, the all-electric ABB FIA Formula E World Championship will light up the streets of Diriyah as it returns to the historic desert surroundings of the UNESCO World Heritage site. This will mark the first-ever night races in the championship’s history.

The Diriyah E-Prix will start at 8pm (KSA time) on February 26 and 27, with the next set of races to be held in Rome, Italy and Valencia, Spain on April 10 and 24 respectively.

Set for a spectacular double header in the dark, the track will be illuminated with the latest low consumption LED lights, designed to reduce energy consumption by up to 50 percent compared to non-LED technologies.

The remaining energy needed to supply the floodlighting will be sourced from fully renewable technology, provided by high-performing low-carbon certified hydrogenated vegetable oil made from sustainable materials.

“Saudi Arabia is on a journey of embracing renewable energy and technology, and Formula E is more than just a race to be the best – it’s a partnership committed to the future of sustainable technology,” commented His Royal Highness Prince Khalid Bin Sultan Al-Abdullah Al-Faisal, Chairman of The Saudi Automobile and Motorcycle Federation. 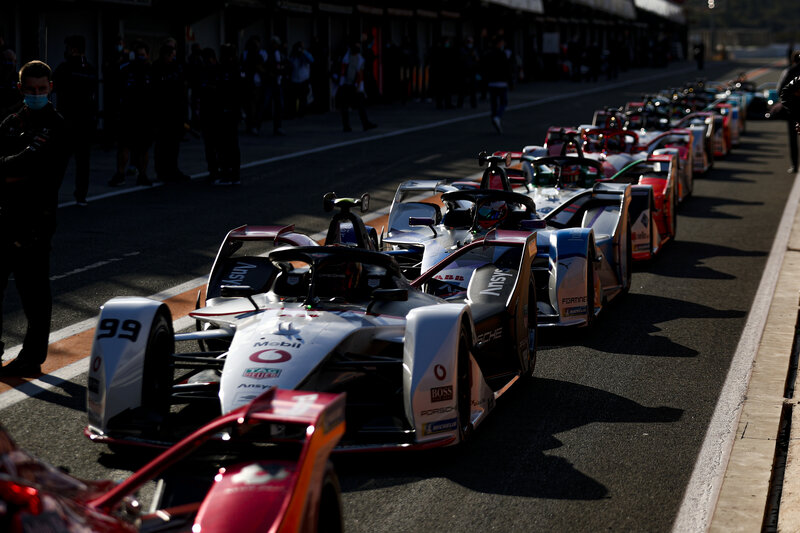 Alberto Longo, Co-founder and Chief Championship Officer of Formula E, said, “We are very proud to partner with Saudi to create Formula E’s first ever night race. I am confident the race will be spectacular and lead to a style of competitive action we haven’t seen before.”

His Royal Highness Prince Abdulaziz Bin Turki AlFaisal Al Saud, the Minister of Sport, added, “In 2018, the ancient historical city of Diriyah made history in hosting the first fully-electric race on the streets of the region. The debut event sparked so much joy and energy to our sporting journey and was one of a number of major sporting firsts that have since inspired our people and helped to shine a spotlight on Saudi Arabia’s massive transformation under the Kingdom’s vision 2030.”

He continued, “In 2019, Diriyah was the first to host back-to-back races during a race weekend and now, once again, we will make sporting history. It is very fitting that a place so ancient will showcase the latest in sustainable technology as Diriyah lights up to shine bright for the world to see. We look forward to the dramatic racing and incredible scenes that are guaranteed to unfold under the lights.”

Diriyah’s Formula E event has made headlines since its launch in 2018. The inaugural race saw visitors and race enthusiasts enter the Kingdom for the first time ever, as Saudi Arabia issued a 30-day visit visa that allowed international motor racing fans to enter the country for the race.

In addition, the event saw women drivers competing against male counterparts in the Formula E’s Rookie Test, including well-known figures such as Amna Al-Qubaisi, the first Emirati female racing driver.

Saudi Arabia is also due to hold a Formula One night race in Jeddah in November.

News
EDITOR’S PICKS
10 things to look forward to in Saudi Arabia this January
READ MORE
8 incredible hotels opening in Saudi Arabia in 2023
READ MORE
Epic Andy Warhol exhibition coming to AlUla Arts Festival 2023
READ MORE
5 fun and completely free things to do in Riyadh
READ MORE
MOST POPULAR
Tabuk is getting a mega new entertainment destination
A complete guide to Boulevard World Riyadh
10 wonderful things to do in Riyadh this weekend: January 26 to 28
Andrea Bocelli returns to AlUla: Here's how to watch
What to expect as the Diriyah E-Prix races into town this weekend
YOU SHOULD CHECK OUT