Those schoolgirls must have been on fire… 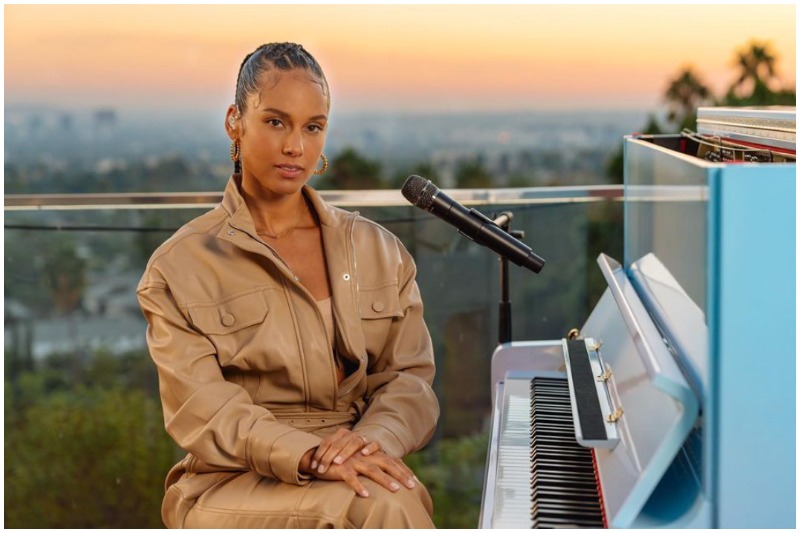 The Grammy award-winning singer, Alicia Keys, gave an impromptu performance to students and staff at Madrasat AdDeera in AlUla.

Saudi’s Minister of Culture Prince Bader bin Farhan Alsaud had captured her performance in a video posted on his Instagram. The footage saw Keys playing the piano and belting out one of her classics, Fallin’, in front of students and staff at a girls’ school.

It’s not known when the performance took place, but the video has been circulating on social media in the last three days. A screenshot image of Keys on Twitter suggests that she was in town when Italian tenor Andrea Bocelli performed at the Unesco World Heritage Site, Hegra, on April 8.

It also would not be Keys’ first time in Saudi Arabia. She was one of the headliners of Riyadh Season 2019, a two-month-long entertainment festival, which also saw Bruno Mars, John Legend and Pitbull perform concerts across the capital city.

Interestingly, Keys’ husband and music producer Kasseem Dean, better known by his stage name Swizz Beatz, seems to have a love affair with Saudi Arabia, too. He became the first American to own a Saudi camel team called Kassem Abu Nasser.

He also released a celebratory Saudi song, “The Biggest Shela”, together with record producer DJ Khaled. The song, inspired by Khaleeji beats, was to celebrate his camel team winning its first race in Saudi Arabia in October last year.

Celebrities
News
EDITOR’S PICKS
10 things to look forward to in Saudi Arabia this December
READ MORE
Instagrammable café EL&N opens its newest branch in Riyadh Front
READ MORE
Saudi Arabia's first-ever JW Marriott hotel opens in Riyadh
READ MORE
Epic Andy Warhol exhibition coming to AlUla Arts Festival 2023
READ MORE
MOST POPULAR
An immersive, life-sized Monopoly game is now open in Riyadh
Langham, Corinthia and Faena among 16 new hotels coming to Diriyah
7 fun things to do in Riyadh this week: December 4 to 7
7 great things to do in Riyadh this weekend: December 1 to 3
20 exceptional restaurants and cafes that are opening in Bujairi Terrace
YOU SHOULD CHECK OUT