It’s the fight every boxing fan wants to see…

A specific venue and date are yet to be confirmed for the all-British bout, which will see the winner become the undisputed heavyweight champion. Hearn, who represents Joshua, said the fight is likely to take place on August 7 or August 14. 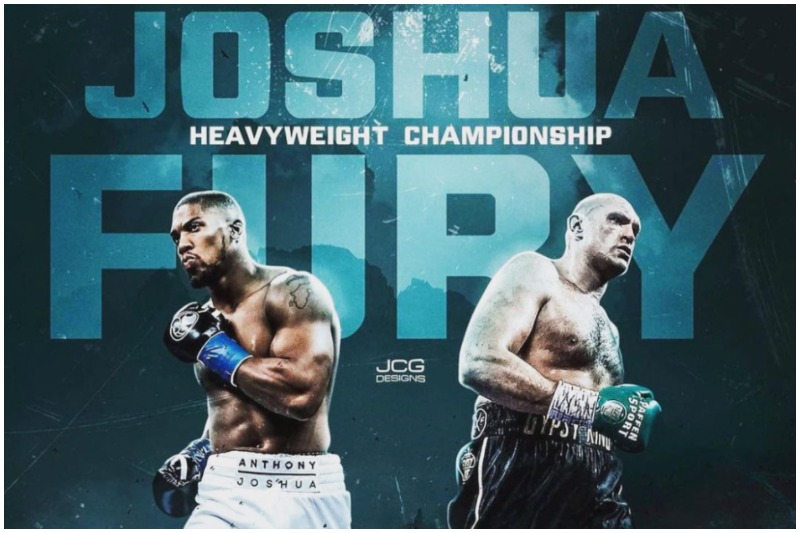 August 14 is his preferred date because the Olympic Games in Tokyo would have ended, making the Joshua-Fury fight a bigger “global spectacle”.

There have been talks that it will be held in Jeddah, although there are still complications to iron out in the deal.

Hearn also revealed the clash would be organised by the same group who orchestrated Joshua’s rematch against Andy Ruiz Jr in December 2019, which took place in Diriyah, Riyadh.

“That event was spectacular. As partners, they were fantastic as well, so we’re very comfortable,” explained Hearn. “Anthony is very comfortable, and he knows those people. They’ve delivered on every one of their promises last time. We’re ready to go.”

It will not be Fury’s first fight in Saudi Arabia either, having made a WWE appearance in the country. However, Fury has been inactive since he stopped Deontay Wilder to claim the WBC title last February. Joshua is also eager to return to action after defending his WBA, IBF and WBO belts with a knockout win over Kubrat Pulev in December.

The fight will see all four belts contested in a heavyweight bout for the first time.

We’ll be sure to keep you posted as we find out more details of the fight. Watch this space…

Celebrities
Events
News
Sport & Fitness
EDITOR’S PICKS
New eVisa scheme for tourists arriving into Saudi Arabia
READ MORE
AlUla Wellness Festival is returning: here's all you need to know
READ MORE
10 of the best mocktails in Riyadh you need to try right now
READ MORE
The most romantic restaurants in Jeddah
READ MORE
MOST POPULAR
6 fantastic things to do in Jeddah this weekend: November 24 to 26
10 wonderful things to do in Riyadh this weekend: November 24 to 26
Saudi Arabia's first-ever JW Marriott hotel opens in Riyadh
Anghami Lab: A new rooftop entertainment venue opens in Boulevard Riyadh City
Public holiday declared in Saudi Arabia after World Cup win
YOU SHOULD CHECK OUT