Apart from capitalising on the fame and increasing popularity on social media, the Turkish chef (real name Nusret Gökçe) has expanded his business to many popular tourist locations. And the latest addition to Salt Bae’s popular restaurant chain is the soon-to-be-opened Nusr-Et steakhouse in Riyadh.

The news of him heading to Saudi Arabia comes less than two months after the opening of the internet star’s glitzy Nusr-Et Steakhouse in London, which has attracted a lot of attention for its extravagant meals and prices to match. 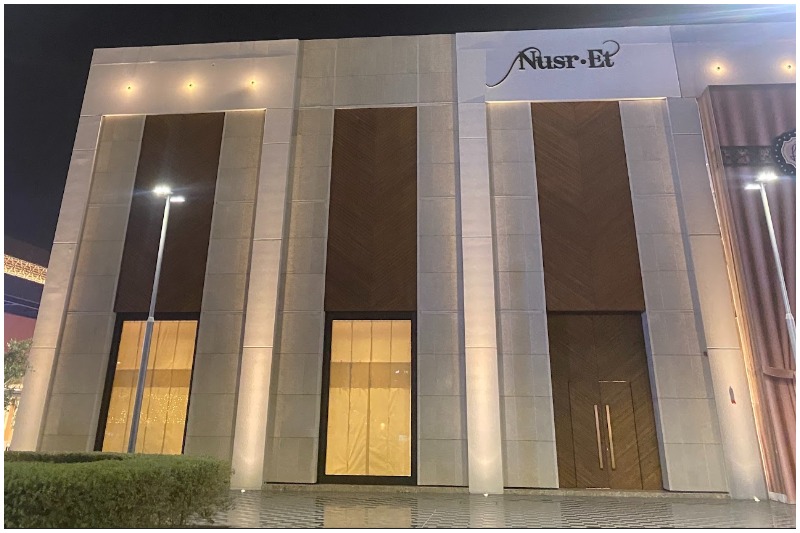 He took to social media to share the news, writing on his Instagram page: “Sunday is my last day in London. I will go to Riyadh to open my 28th restaurant.”

He did not give any more clues about his future venture, but the team at What’s On knows one thing for sure – Nusr-Et Riyadh is located at the U Walk complex.

U Walk has been one of the key attractions in Riyadh, thanks to its 900-meter-long walkway and the plethora of restaurants and cafes available. The open-air plaza also features a Muvi cinema theatre, a gym, a nail salon and spa for women, and a concept store.

For Salt Bae fans in Riyadh, part of the draw will be the presence of Mr. Bae himself.

After all, if you’re paying thousands of riyals for a steak encrusted in gold at Salt Bae’s restaurant, you’re probably hoping the chef himself will go from table to table, slicing giant steaks and finishing them with his signature flick of the wrist and shower of salt.

Nusr-Et is bound to be one of the most talked-about restaurant openings in Riyadh. Just be prepared to pay for the experience.

Are you ready for Salt Bae?