Catch an indie film at Wadi Cinema, a pop-up experience at Diriyah Biennale

Art
Culture
Film
Things to do

Grab a bag of popcorn and enjoy alternative films at Riyadh’s first of its kind cinema, to be launched on December 16…

The coolest kid on the cinema scene has come through with a new pop-up concept at the Diriyah Biennale in Jax District from December 16 to March 11, 2022.

Wadi Cinema is bringing its edge to Riyadh’s Jax District, transforming it into a fantastic fusion of contemporary and decadent cinema. It is also uniquely situated at the Kingdom’s first Biennale, overlooking Wadi Hanifa.

But don’t expect the latest Hollywood blockbusters. Instead, settle in for a curated mix of independent feature films from filmmakers throughout the MENA region and the world. 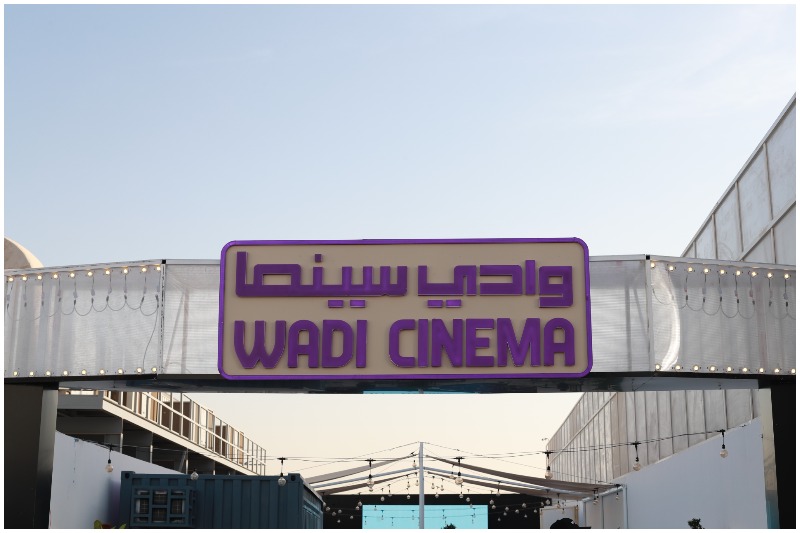 The new film screening space will also host panels for directors, actors, and critics to highlight the art of filmmaking in its various forms and discuss the context of production in the Arab world.

If you are a cinephile, don’t miss the chance to learn more about how art and cinema are interwoven and turn a film into a classic that can stand the test of time.

Speaking about the launch, Sultan AlHokair, Muvi CEO, commented, “The best way to experience cinema is in a theatre, where audiences can break away from their everyday lives to watch a filmmaker’s vision come to life. When we partnered with Telfaz11, we wanted to find unique and innovative ways to bring the experience of independent and critically acclaimed films from renowned film festivals to audiences throughout the Kingdom.”

Telfaz CEO Alaa Fadan added, “We are keen to promote and encourage dialogue between the local film community and give independent Saudi filmmakers a voice and opportunity to showcase their work and cement it in the booming local cinema industry.”

Get cosy in a seat and be spoilt for choice with an array of indie films that run the gamut. And while you’re there, you can check out the Diriyah Biennale, where 63 artists’ works are being showcased. Out of which, 27 are local artists, presenting a diverse range of art from paintings to installations and performances.

Art
Culture
Film
Things to do
EDITOR’S PICKS
New eVisa scheme for tourists arriving into Saudi Arabia
READ MORE
AlUla Wellness Festival is returning: here's all you need to know
READ MORE
10 of the best mocktails in Riyadh you need to try right now
READ MORE
The most romantic restaurants in Jeddah
READ MORE
MOST POPULAR
6 fantastic things to do in Jeddah this weekend: November 24 to 26
10 wonderful things to do in Riyadh this weekend: November 24 to 26
Saudi Arabia's first-ever JW Marriott hotel opens in Riyadh
Anghami Lab: A new rooftop entertainment venue opens in Boulevard Riyadh City
Public holiday declared in Saudi Arabia after World Cup win
YOU SHOULD CHECK OUT