Events
Sport & Fitness
Things to do

A one-of-a-kind desert polo event is among the world-class equestrian events taking place in AlUla this winter season, and it returns next month. The third edition of the Richard Mille AlUla Desert Polo takes place on Friday February 11 and Saturday February 12, and is the only modern polo tournament in the world to be staged in a desert environment.

The event will see four teams compete in a purpose-built desert arena, set close to Saudi Arabia’s only UNESCO World Heritage Site, Hegra. The teams will each be lead by a player from the famed La Dolfina Polo team, with teams made up of invited patrons and professional players drawn from the global polo community.

The tournament is organised through a collaboration between the Royal Commission for AlUla and the La Dolfina Polo, who recently established a long-term partnership to develop polo in Saudi Arabia, and make the historic site of AlUla the premier destination for horse enthusiasts from around the world.

“We are excited to return to AlUla and play with fellow patrons and players from all over the world. Since the first edition of Desert Polo, it’s been great to see the interest in Polo grow in the Kingdom, and we look forward to developing the sport in newly explored regions such as AlUla,” said Adolfo Cambiaso, founder of La Dolfina Polo. 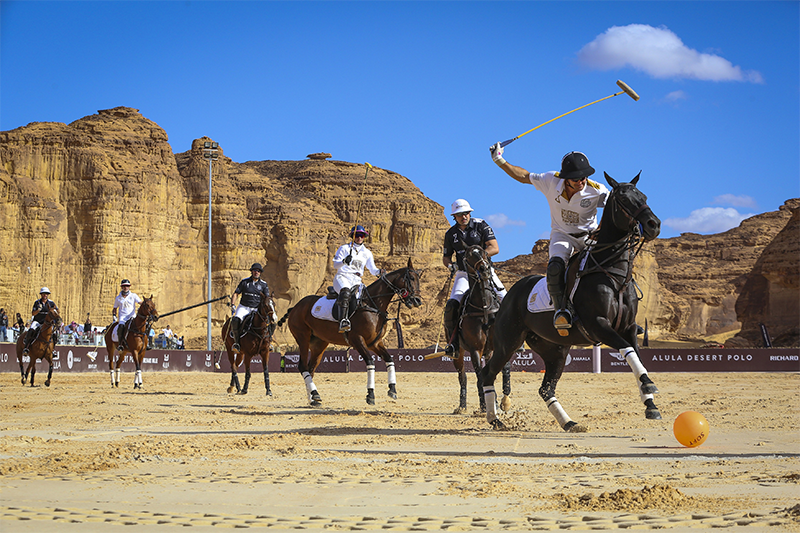 The third year of Winter at Tantora, alongside polo, visitors will be able to experience a diverse line-up of authentic music, art, heritage, adventure, culture and food experiences.

An array of unforgettable events are taking place against the backdrop of AlUla’s many timeless wonders this winter season for the first edition of AlUla Moments, with the Richard Mille AlUla Desert Polo concluding the first part of a four-part line up of festivals.

While the desert polo closes out the Winter at Tantora Festival, visitors to the magnificent AlUla region can look forward to AlUla Arts festival, running from February 13 to February 26; AlUla Skies from February 27 to March 12; and AlUla Wellness Festival from March 17 to 27.

Tickets are priced from SAR 450 for a two-day ticket with full hospitality.