A women-only off-road rally is going head-to-head in Saudi Arabia for the first time. Taking place over three days from March 17 to 19, Rally Jameel is the latest world-class motorsport event to be sanctioned by the Saudi Automobile & Motorcycle Federation (SAMF) and supported by the FIA through their Women in Motorsport (WIMC) program.

The event is not designed as a speed test. Instead, the one-of-a-kind rally focuses on navigation, time, distance, and strategy using navigation equipment and a digital rally guidebook to compete on a pre-defined route.

Up to 30 teams of female drivers and navigators from Saudi Arabia, the GCC and across the globe will be taking part in the competition. Each team will consist of two female racers.

Rally Jameel combines a passion for driving, demanding tasks, and precise navigation. Skill points will be awarded via hidden checkpoints along the course, and the team that accumulates the most points win the rally. 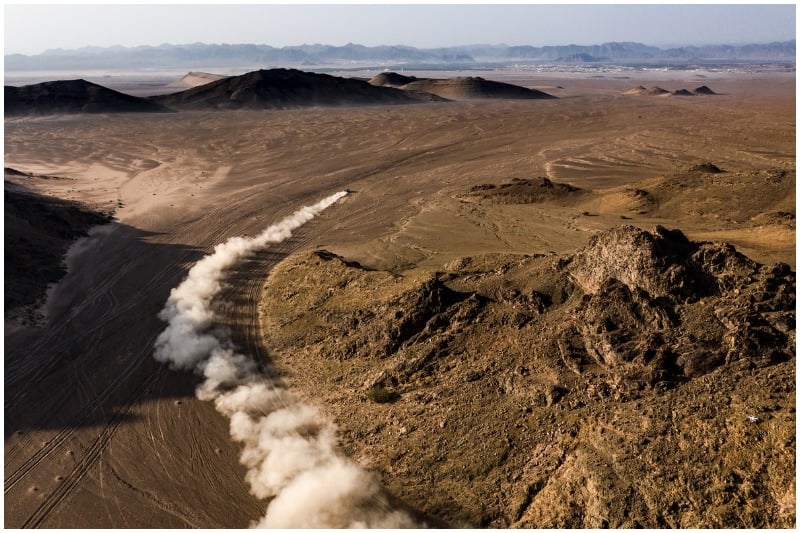 The route may vary from 300 to 500 kilometres each day

The uniquely designed route will pass through some of the Kingdom’s most spectacular scenery. The 1,000-kilometre rally will start in the north-central city of Hail, passing through Al-Qassim city and then heading to the capital, Riyadh.

Each day’s route is kept confidential and will only be issued the night before each stage, with every participant seeing it simultaneously.

The rally cars you need

The type of off-road cars that participants can use is all-wheel or four-wheel-drive, and they must not be modified. All competing cars will be pre-checked to ensure they adhere to the highest standards.

Safety is of paramount importance at the rally. A state-of-the-art tracking system will be mounted on each competing vehicle with SOS buttons for any emergency, while helicopter medic and maintenance teams will always be on standby.

Rally Jameel has the backing of Her Royal Highness

The historic motorsport event will be held under the patronage of Her Royal Highness Princess Reema bint Bandar bin Sultan bin Abdulaziz Al Saud, Ambassador to the United States, who has a background in promoting Saudi Arabian sporting initiatives.

Her Royal Highness, who was also the first woman to lead a multi-sports federation in the Kingdom, commented, “It is an honour to be involved with this first-of-its-kind rally, which will shine a light on the positive steps being taken across Saudi Arabia to empower women to pursue their passions in their everyday lives.”

She added, “It is also fantastic to see this opportunity being made accessible to women, not only across the country but the region and globally. I am confident that all participants will enjoy a truly unique experience, enjoying our wonderful country’s hospitality and beautiful scenery.”

Aside from the three days of competition, successful applicants will receive training courses, accommodation in comfortable camps with food and beverages provided, a finishing ceremony, and two tickets to the gala dinner.

Further details of the Rally Jameel schedule will be announced on International Women’s Day on March 8, so watch this space.