Life in Riyadh looks set to be much greener by 2030, with new sustainability initiatives to change the way people work, study and play. 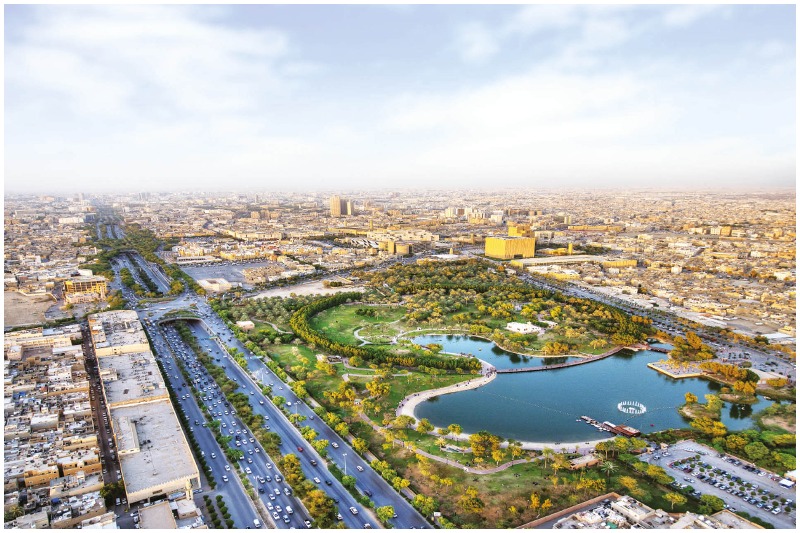 Sidewalks, public transportation, electric vehicles, neighbourhood parks, and millions of trees. Put them all together, and you have Green Riyadh, the world’s largest integrated and comprehensive urban afforestation project.

Here’s all you need to know about the Green Riyadh project.

It is one of the capital’s four mega-projects

Launched by King Salman in 2019, under the supervision of the Committee of Grand Projects chaired by Crown Prince Muhammad bin Salman, the four mega-ventures to be built in Riyadh are worth an estimated $23 billion. The projects – King Salman Park, Sports Boulevard, Green Riyadh, and Riyadh Art – are designed to “significantly improve the lives of the city’s citizens” and transform Riyadh into an attractive global destination.

Greening on a very large scale

The grand plan is to transform Riyadh into a greener, cooler city for twice the population. That means spending billions of dollars of oil revenue on re-engineering life for the city’s 7.68 million residents. A key element of the Kingdom’s 2030 vision, the Green Riyadh project includes planting 7.5 million trees by 2030 and establishing new irrigation networks using recycled water. 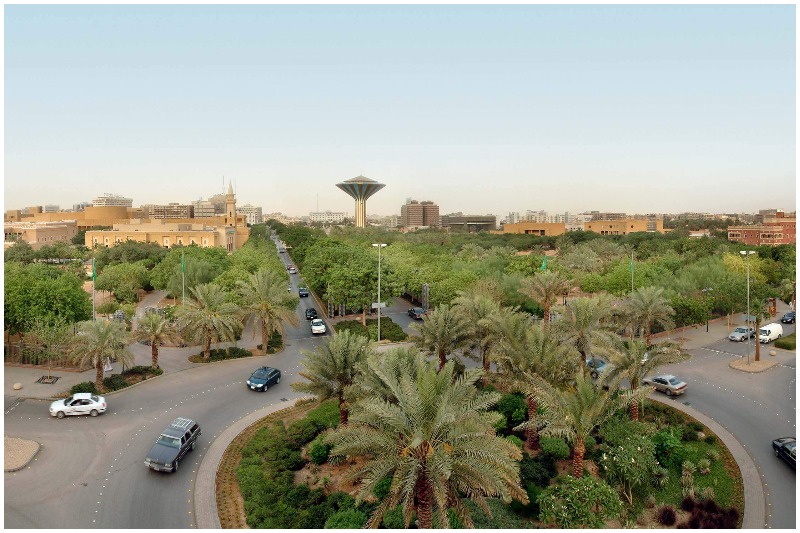 It helps to combat rising temperatures

The goal is to green the capital enough to lower its ambient temperature by one to two degrees Celsius during summer and reduce heat glow temperatures reflected from ground areas.

Some 3,000 urban parks are planned

The trees and gardens will improve the city’s air quality by cutting three to six per cent carbon dioxide, increasing oxygen and reducing dust in the air. Besides its key role in improving the quality of air and reducing the temperature, it will be saving natural territories and biological diversity inside and outside the city of Riyadh.

Most of the trees chosen for this project are acacia due to their natural ability to withstand the region’s arid climate, and nurseries are being planted to provide saplings for trees that fail to take root. About one million cubic meters of water will be used daily to irrigate this project, which will be recycled via a new complex underground irrigation system that will reuse wastewater. 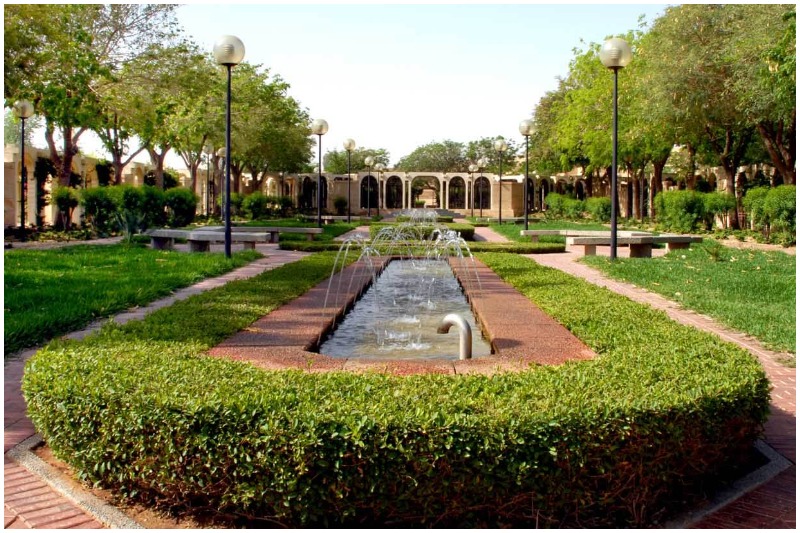 The program also aims to plant trees on many facilities that are targeted to raise the quality of life in Riyadh, such as playgrounds, sports facilities, jogging and bicycle paths, and many more. The implementation of afforestation in the roads and neighbourhoods will contribute to the construction of sidewalks and pedestrian pathways, which will help raise the walking steps of individuals. This will, in turn, encourage the citizens of Riyadh to adopt a healthy lifestyle, which is also part of the Kingdom’s Vision 2030.

Green Riyadh has officially launched in seven neighbourhoods around Riyadh, namely Al-Araija, Al-Aziziyah, Al-Ghadir, Al-Jazeera, Al-Nakheel, Al-Naseem, and Qurtuba. According to the director of the Green Riyadh project, Abdulaziz Al-Moqbel, the program aims to completely rehabilitate with afforestation of 120 residential neighbourhoods, including parks, roads, internal streets in neighbourhoods, and the courtyards of mosques and schools. Out of the 3,000 urban parks that are under construction, 56 gardens will be established in the Al-Aziziyah neighbourhood and 97 gardens in Al-Naseem.

A green metropolis for 2030

Through the greening of the city, the objectives of this development serve the common challenges of many metropolises in the world: improving the quality of life, the environment, sport and leisure development, health and wellbeing, safety, participation and economic value creation.

Ultimately, the aim is to get the whole city together as it seeks to transition into a more sustainable future. It will influence all aspects of our lives, from how we live to how we work and play, as we work together to make Riyadh a greener and more liveable home.