Everything you need to know about Riyadh Metro

… plus here’s a sneak peek!

First announced in 2014, the long awaited Riyadh Metro is preparing to welcome its first guests some time in 2022, and it could be as early as this summer that you find yourself zipping across the city on the Riyadh Metro.

Here’s everything you need to know about Riyadh Metro.

When will it launch?

Although no official date has been given, it’s expected to be sometime in 2022. So, you don’t have long to wait.

How many lines are there?

There’s six main lines, and 85 stations covering a distance of 176 kilometres. Riyadh Metro network covers most of the highly populated districts, government facilities, and key educational and commercial areas. It is also connected to

The six lines are:

Where are the stations? 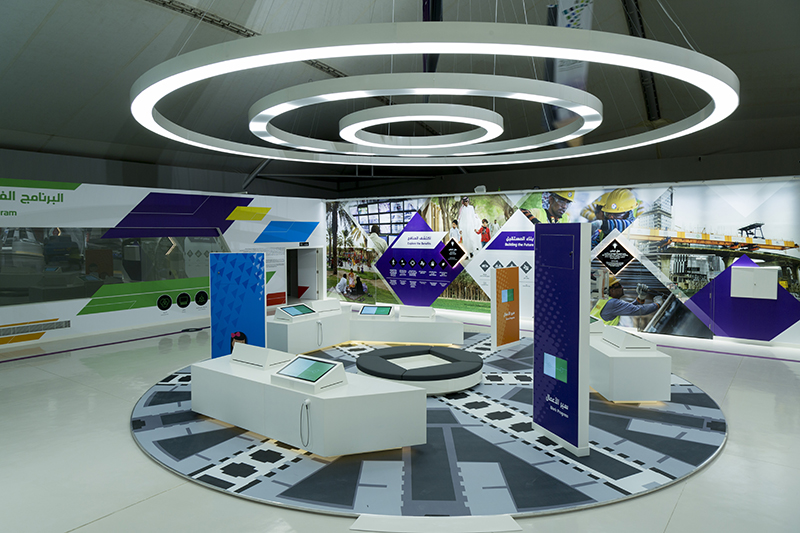 There will be 85 Riyadh Metro stations in total, with five key interchange stations that will allow passengers to move between the metro lines and to and from the bus network. These include Qasr Al Hokm Metro Station, which links the blue and orange lines; King Abdullah Financial District Station, located at the eastern side of KAFD and west of King Fahad Road, which will serve as a hub for the blue, yellow and purple lines; and Western Station, found in Al Sweedi district, which will be a hub for the orange line with a dedicated bus line on Shiekh Mohammad bin Abdul Latif Street.

Pretty fancy. All the trains are driverless, and state-of-the-art carriages will be fitted out with WiFi. There will be separate carriages for singles, families and VIPs too.

Level Two, Community Lines, will connect the residential districts with each other. In total, there’s 19 community lines covering 904km.

Level Three, Feeder Lines, operate inside residential areas, covering 825km across a round-trip. These will cover most of the Riyadh districts and will take passengers to and from nearby metro stations.

News
Transport
EDITOR’S PICKS
10 things to look forward to in Saudi Arabia this January
READ MORE
8 incredible hotels opening in Saudi Arabia in 2023
READ MORE
Epic Andy Warhol exhibition coming to AlUla Arts Festival 2023
READ MORE
5 fun and completely free things to do in Riyadh
READ MORE
MOST POPULAR
Jake Paul vs Tommy Fury is set for February 26 in Riyadh
Tabuk is getting a mega new entertainment destination
A complete guide to Boulevard World Riyadh
10 wonderful things to do in Riyadh this weekend: January 26 to 28
Andrea Bocelli returns to AlUla: Here's how to watch
YOU SHOULD CHECK OUT