You can’t talk about cinema without talking about its place of origin: Europe. Throughout the twentieth century, Europe was crowned The Other Hollywood, and it’s easy to see why. From German expressionism and Soviet montage to French impressionist cinema and Italian Neo-realism, the continent produced some of the world’s most diverse and influential film movements.

To provide cinema lovers with a window into the intriguing world of European cinema, the Delegation of the European Union in Riyadh, in cooperation with the Embassies of the EU Member States and film distribution company Arabia Pictures Group, present to you Saudi Arabia’s inaugural European Film Festival.

Taking place at The Esplanade in Riyadh, the film festival will run from June 15 to June 22. It will screen 14 European films from different countries, including Austria, Belgium, Cyprus, Denmark, Estonia, Finland, France, Germany, Greece, Italy, Malta, Poland, Spain, and Sweden.

A post shared by EU Delegation to Saudi Arabia (@euinksa)

Some of the key films to be screened include the acclaimed 2019 French romcom Les Parfums, starring Gregory Montel and Emmanuelle Devos, the 2016 comedy Welcome to Germany, a box office sensation in Germany that grossed more than US$20 million, and the 2020 documentary I Am Greta following climate change activist Greta Thunberg.

French director Gregory Magne and Cypriot filmmaker Marios Piperides will also be on hand to discuss their respective films, Les Parfums and Smuggling Hendrix, after the screenings.

The event also boasts a selection of industry discussions targeted toward aspiring filmmakers and producers. For example, Alberto Battocchi, the film commissioner of the Italian city Trentino, will shed light on the best environmental practices in moviemaking. US entertainment lawyer Matti Rockenbauch will also discuss the legal elements of filmmaking. 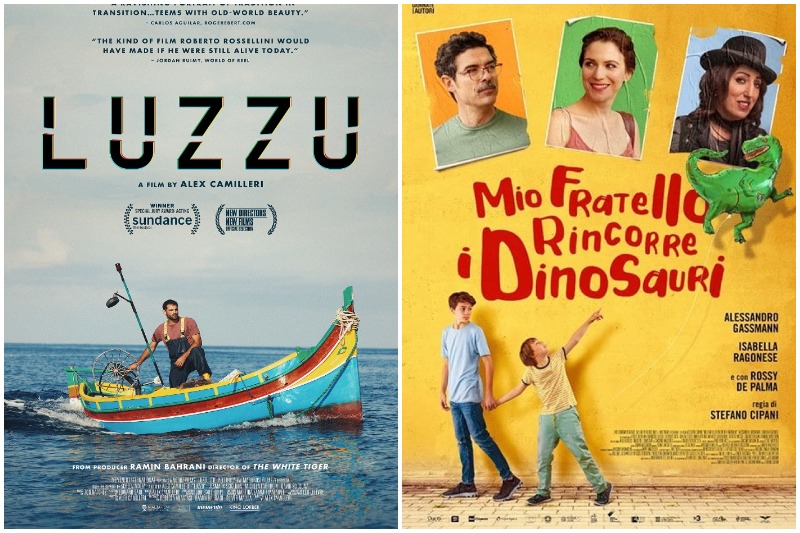 The festival aims to expose Saudi film enthusiasts to the diversity of European cinema. In addition, the festival also acts as a form of cultural exchange between the continent and the Kingdom.

“As the EU, we are keen to add to the vibrant cultural scene of Saudi Arabia, facilitating cultural exchange and introducing European culture while also fostering contacts between Europeans and Saudis to enhance mutual understanding,” Patrick Simonnet, EU Ambassador to the Kingdom of Saudi Arabia, said in a released statement.

Roua Almadani, CEO of Arabia Pictures (APG), added, “This event is a milestone within the Kingdom and a bridge between Europe and the rising film industry in Saudi Arabia. We would like to thank the delegation of the European Union for collaborating with us, the Saudi Film Commission for its support and our esteemed partners, especially Vox Cinema.”

The screenings will take place at Vox Cinemas. More information about the festival, including session times and tickets, is available here.

Art
Culture
Film
News
EDITOR’S PICKS
10 things to look forward to in Saudi Arabia this January
READ MORE
8 incredible hotels opening in Saudi Arabia in 2023
READ MORE
Epic Andy Warhol exhibition coming to AlUla Arts Festival 2023
READ MORE
5 fun and completely free things to do in Riyadh
READ MORE
MOST POPULAR
Jake Paul vs Tommy Fury is set for February 26 in Riyadh
Tabuk is getting a mega new entertainment destination
A complete guide to Boulevard World Riyadh
10 wonderful things to do in Riyadh this weekend: January 26 to 28
Andrea Bocelli returns to AlUla: Here's how to watch
YOU SHOULD CHECK OUT