The exhibition will end on April 29, 2023, and will then travel to Riyadh, Jeddah, Madinah, and other cities around the world…

The idea is to revisit the birth of Islam from a modern perspective and demonstrate an artistic retelling of Prophet Muhammad’s journey from Makkah to Madinah. And to mark the beginning of the Islamic Hijri year, Ithra presents the first exhibition of its kind – “Hijrah: In the Footsteps of the Prophet”.

Taking place in Ithra’s Great Hall until April 29, 2023, the immersive and multidisciplinary experience brings together contemporary and Islamic art, tracing the physical route of Prophet Muhammad’s journey to explore its historical significance and bring the human story of the Hijrah to the fore.

The exhibition includes a collection of antiquities and collectables, 14 interactive points carefully designed by local and international experts, documentary films, and a book that tells the story of the migration. 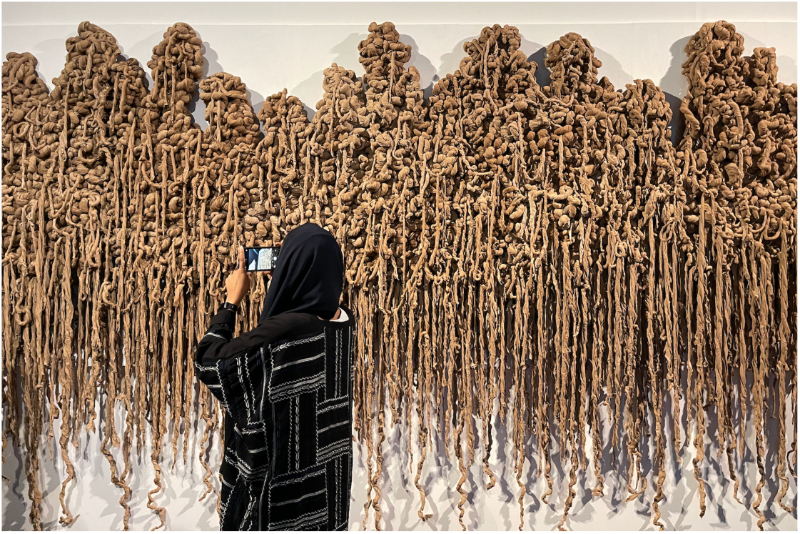 Over the course of these nine months, these works will be on display alongside fabrics from the Prophet’s Mosque in Madinah, manuscripts, and the Prophet’s valuables, which are also among the important items loaned.

The significance of the Hijrah

For 1,400 years, the Hijrah, the story of Prophet Muhammad’s migration from Makkah to Madinah, has been told and retold by generations of Muslims throughout the world. It is one of the most critical events in his life, an event so significant that it dates to the beginning of the Islamic calendar.

It is not limited to Islamic history or to Muslims, though. As a turning point in the spread of the message of Islam, the Prophet’s Hijrah signalled the moment when he and his early followers would go from a persecuted minority to a community. The Hijrah not only reshaped – socially and politically – the Arab Peninsula but also impacted worldwide civilisations.

In physical terms, Hijrah was a journey that lasted eight days and covered just 400 kilometres, but as a milestone in world history, its impact has been immeasurable. Yet, for all its tremendous importance, relatively little is known of the exact details.

To trace the Hijrah is to be reminded of the many trials and tribulations that Prophet Muhammad passed through, his perseverance and steadfastness in the face of injustice and evil, to allow the light of Islam to shed and become a beacon for civilisations.

With the help of scholars, historians, and artists, and through a range of diverse media, this exhibition sets out to follow in the footsteps of the Prophet. It retraces his movements during this crucial journey and examines what occurred as he left his home in Makkah for the oasis town of Yathrib, later known as Madinat an-Nabi, the City of the Prophet. 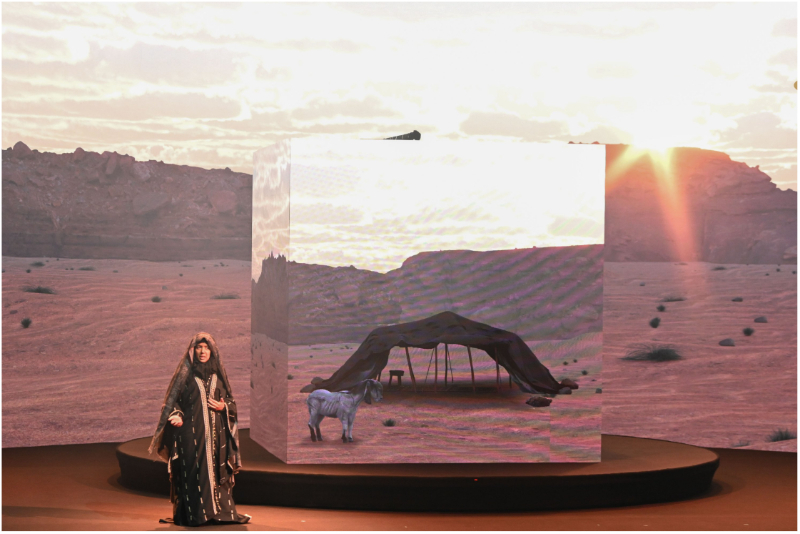 Dr Abdullah Hussein Alkadi, one of the world’s leading authorities on the Hijrah, who curated the exhibition with Ithra, shared his quest to study and experience the exact route the Prophet and his companions took across the desert and the broader story of this journey.

“It has been a journey that has occupied me for some 40 years. This exhibition presents new research, methodologies, and findings based on extensive fieldwork that will redefine perspectives on this historic migration. The relevance of this story is just as strong today; it demonstrates and reminds us of why people choose to move from one place to another and asserts the right to practice your beliefs,” commented Dr Alkadi.

“Hijrah: In the Footsteps of the Prophet” is Ithra’s first travelling exhibition, set to be exhibited across Saudi Arabia, starting with The National Museum of Saudi Arabia in Riyadh and then globally during its five-year run.

Art
Culture
News
EDITOR’S PICKS
10 things to look forward to in Saudi Arabia this January
READ MORE
8 incredible hotels opening in Saudi Arabia in 2023
READ MORE
Epic Andy Warhol exhibition coming to AlUla Arts Festival 2023
READ MORE
5 fun and completely free things to do in Riyadh
READ MORE
MOST POPULAR
Jake Paul vs Tommy Fury is set for February 26 in Riyadh
Tabuk is getting a mega new entertainment destination
A complete guide to Boulevard World Riyadh
10 wonderful things to do in Riyadh this weekend: January 26 to 28
Andrea Bocelli returns to AlUla: Here's how to watch
YOU SHOULD CHECK OUT