The title rematch will take place on August 20, with tickets priced from SAR375…

Let’s get ready to rumble: tickets are now on sale for the highly anticipated world heavyweight title fight in Jeddah on Saturday August 20. With one month to go, tickets have been released for Anthony Joshua’s rematch with Oleksandr Usyk, which will take place at the King Abdullah Sports City Arena.

Tickets are priced from SAR375 and available via halayalla.com. Those flying in from abroad can check visa.visitsaudi.com/ for information on how to apply for their visit visas. 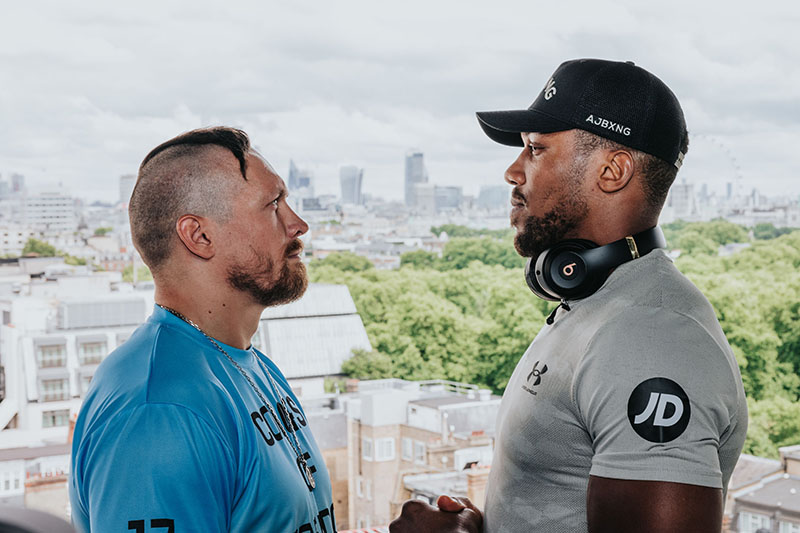 Ukraine’s Usyk beat Joshua in front of a sell-out crowd in September last year to claim the WBA, WBO, IBF and IBO belts, but the 32-year-old will have a chance to win back his titles in a fight dubbed ‘Rage on the Red Sea’.

Skill Challenge Entertainment (SCEE), supported by the Kingdom’s Ministry of Sport, has secured the global rights to the event and will host another unforgettable evening in the history of boxing. No stranger to the Middle East, Joshua, also an Olympic Gold Medalist, returns to the Kingdom after defeating Andy Ruiz Junior in the famous ‘Clash on the Dunes’, part of Diriyah Season 2019, to regain his heavyweight world titles.

Prince Khalid bin Abdulaziz, chairman of SCEE, stated, ““We’re one month from one of the biggest sporting moments in our country and today, we invite fans from Saudi Arabia and around the world to witness history.  The Rage on the Red Sea headlines a dramatic night of world championship boxing and an evening to remember forever.  We’re proud to secure this event for our country as it continues its incredible transformation, inspiring our people to participate in sport and lead happy and healthy lives.”

No doubt all eyes of the world will be on the ring come Saturday August 20 in Jeddah. This is a story of redemption, and the countdown is firmly on.

Competitions
Events
News
Sport & Fitness
EDITOR’S PICKS
10 things to look forward to in Saudi Arabia this January
READ MORE
8 incredible hotels opening in Saudi Arabia in 2023
READ MORE
Epic Andy Warhol exhibition coming to AlUla Arts Festival 2023
READ MORE
5 fun and completely free things to do in Riyadh
READ MORE
MOST POPULAR
Jake Paul vs Tommy Fury is set for February 26 in Riyadh
Tabuk is getting a mega new entertainment destination
A complete guide to Boulevard World Riyadh
10 wonderful things to do in Riyadh this weekend: January 26 to 28
Andrea Bocelli returns to AlUla: Here's how to watch
YOU SHOULD CHECK OUT