The exact location has yet to be set, but the match will take place on January 18, 2023…

Football fans in Saudi Arabia will get to enjoy a thrilling battle between two Milan giants, Inter and AC, for the Italian Super Cup.

Both clubs will go head-to-head in an epic contest in Riyadh on January 18, 2023. Inter, the current Coppa Italia holders, will face AC Milan in a derby showdown where the first trophy of the 2022/23 campaign will be up for grabs.

The Italian Super Cup, or Supercoppa Italiana, is a one-legged match between winners of the Serie A and Coppa Italia (the official national cup competition in Italy contested by 44 teams).

Inter is also the defending champions of the Italian Super Cup, having won it against Juventus last season in Rome. Alexis Sanchez got the winning goal in the 120th minute to clinch the trophy. Lautaro Martinez scored from the penalty spot to cancel out Weston McKennie’s opener in an action-packed first half. After a dull second period, the game proceeded to extra time and just when it seemed penalties were inevitable, substitute Sanchez popped up with a dramatic winner with seconds left to play, pouncing on a mistake from Alex Sandro. 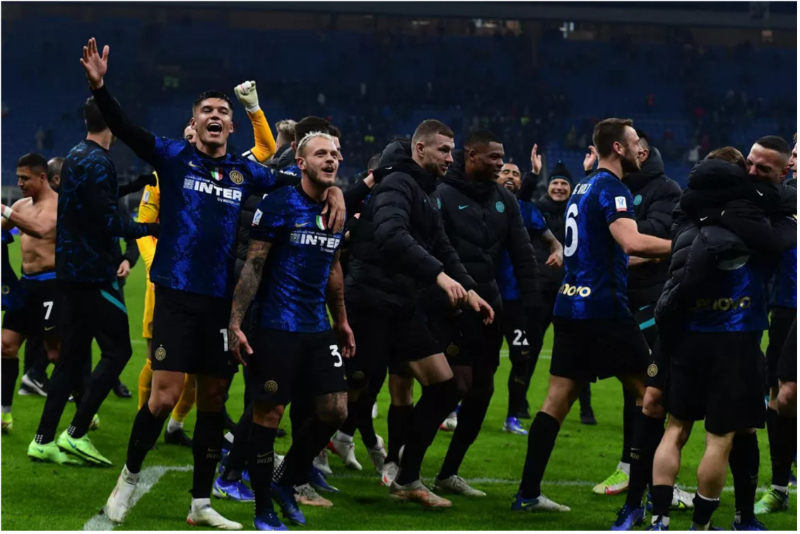 At the moment, no stadium has yet been assigned for the return of the showpiece match between Inter and AC Milan to Saudi Arabia. And according to a statement released by Lega Serie A, the kick-off time will be decided by the event’s organisers.

The Italian Super Cup has often been played abroad. It was last hosted outside of Italy in Riyadh in December 2019, when Lazio beat Juventus 3-1 at the King Saud University Stadium, while the 2017-18 Super Cup was played in Jeddah in January 2019.

As always, we will update you once more details on the exact location, time, and tickets are available.

Events
News
Sport & Fitness
EDITOR’S PICKS
New eVisa scheme for tourists arriving into Saudi Arabia
READ MORE
AlUla Wellness Festival is returning: here's all you need to know
READ MORE
10 of the best mocktails in Riyadh you need to try right now
READ MORE
The most romantic restaurants in Jeddah
READ MORE
MOST POPULAR
6 fantastic things to do in Jeddah this weekend: November 24 to 26
10 wonderful things to do in Riyadh this weekend: November 24 to 26
Saudi Arabia's first-ever JW Marriott hotel opens in Riyadh
Anghami Lab: A new rooftop entertainment venue opens in Boulevard Riyadh City
Public holiday declared in Saudi Arabia after World Cup win
YOU SHOULD CHECK OUT