Disney on Ice skates into Riyadh this August

Everyone has their favourite Disney memory and at Disney On Ice presents Mickey and Friends, you may well see them come to icy life. The Disney show will be skating its way to Saudi Arabia from Thursday August 25 to Wednesday September 21 at BLVD Arena, The Boulevard Riyadh.

Tickets for Disney On Ice presents Mickey and Friends’ are already on sale, priced from SAR50. There’s four ticket categories to choose from: silver tickets are SAR50, gold tickets are SAR95, platinum tickets are SAR185 and VIP tickets are SAR450. There will be two shows each day through the four-week stint, the first at 4pm and the second at 8pm.

The classic as well as modern Disney characters come together for a fun-filled show. Mickey Mouse is joined by Minnie Mouse, Donald Duck and Goofy as he takes a trip down memory lane to discover, well, his favorite memory of all time. 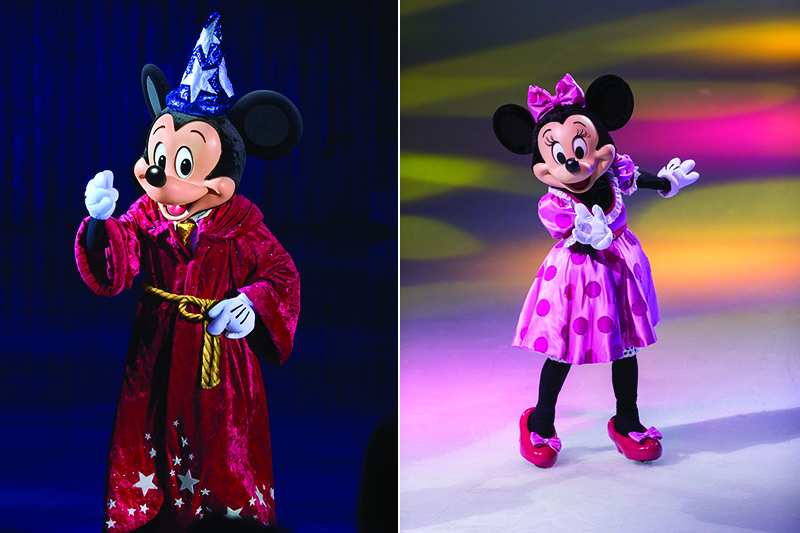 During the show, little ones will be impressed by some of Disney’s biggest and bravest characters. Watch as Moana displays courage to save her island on an adventure at sea with the demigod, Maui; or join Woody and the gang and celebrate the true meaning of friendship.

Then marvel at Frozen’s royal sisters, Anna and Elsa, as they discover true love is the most powerful magic, all while in the fittingly wintery world of Arendelle. Plus, Disney Princesses make an appearance, as they inspire Mickey and children to share their favorite Disney memories.

Things to do
EDITOR’S PICKS
New eVisa scheme for tourists arriving into Saudi Arabia
READ MORE
AlUla Wellness Festival is returning: here's all you need to know
READ MORE
10 of the best mocktails in Riyadh you need to try right now
READ MORE
The most romantic restaurants in Jeddah
READ MORE
MOST POPULAR
6 fantastic things to do in Jeddah this weekend: November 24 to 26
10 wonderful things to do in Riyadh this weekend: November 24 to 26
Saudi Arabia's first-ever JW Marriott hotel opens in Riyadh
Anghami Lab: A new rooftop entertainment venue opens in Boulevard Riyadh City
Public holiday declared in Saudi Arabia after World Cup win
YOU SHOULD CHECK OUT