Series preview - The Lord of the Rings: The Rings of Power

It’s famously ‘the most expensive series ever made’, but is it worthy of the price tag..?

Just as with the fabled battle of Helm’s Deep, there’s a lot riding on this new Amazon Prime Video series. The Lord of the Rings: The Rings of Power launches on Friday September 2, and marches under the banner of J.R.R. Tolkien’s imagined world of Middle Earth, the backdrop to a collective literary masterpiece almost unmatched in fantasy fiction esteem, but it’s only loosely based on his own writing — primarily extracted from the appendices of his opus, The Lord of the Rings (LOTR).

It’s also (with a production value of one billion dollars for the first five seasons) reportedly the most expensive TV programme ever made.

This then is a legacy as precious to fans of the fantastical, as Sméagol’s favourite bit of finger bling is to pretty much anyone that gets within coveting distance of it.

With its release date falling so close to that of Game of Thrones Prequel, House of the Dragon — and the fact that both series are aimed down the staff of the same demographic — there will naturally be comparisons drawn. But the race is long, there’s space for two epic fantasy series in our lives, and in the end both are more wisely measured against their respective narrative origin stories, for which ironically they both serve as origin stories for. 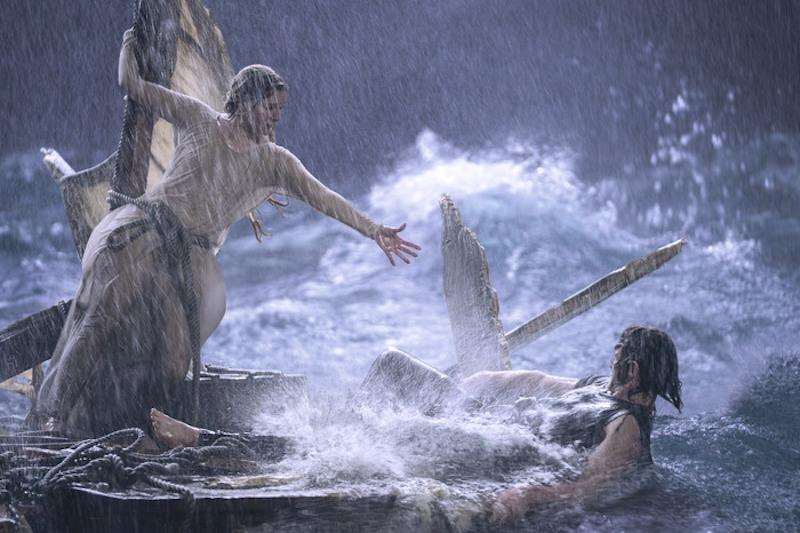 The Rings of Power is set several thousand earth years before the events of The Hobbit (and LOTR), and deals with the second age of Middle Earth — the prologue to the story tells of an almighty inter-species rumpus, an Elf-on-Ork, Ork-on-Elf, Dwarf-on-stilt battle royale instigated by the massively metal sounding, Cult of Morgoth and Dark Lording G.O.A.T. — Sauron.

Eventually, we’re told, the Elves won out and mercifully the war is all over now. Or is it? This is the chief question posed by the first two episodes, the ones we’ve had early access to, and in the grand tradition of antagonist death teasing — despite many-a-passing century without a Sauron sighting, any audience assumption that the darkness has been forever banished would be built on some particularly shaky (middle) earth. Plus it would make for a short and/or deeply unsatisfying run.

The chief protagonist for this tale is Galadriel, played by Morfydd Clark, a female Legolasesque character who’s pretty handy with a spear — her quest is one of vengeance and virtue, to avenge the killing of her brother (slain in the war) and put a more permanent end to the forces of evil (which she sagely believes to be ‘not quite extinguised’).

Despite her conspiracy theories about the continued existence of extra orkish middle-terrestrials being unpopular in the royal court, she does have one ally in Elrond (played by Robert ‘Young Ned Stark’ Aramayo) — a character many will be familiar with from LOTR (essentially existing as immortal beings these Elves (and half Elves) get a good old innings). Though, as a key career politician, he has his own games of wizard chess to play.

Disregarding the warnings of Galadriel, and in a move that eerily paralells the American troop withdrawal from Afghanistan, Elven king Gil-galad decides to pull the Elf army out of Middle Earth. Chaos ensues, and the last chopper out of the Tolkienian Kabul heralds some truly seismic events.

Amongst those happenings, there’s the fiery stage entrance of a mysterious ‘meteor man’, who goes full Ziggy Stardust, tumbles out of the sky, smashing into a molten rumple of earth just shy of a Harfoot village. There seems to be a very deliberate effort to mimic some of the visual iconography associated with Sauron here, though this is likely misdirection. Or maybe it’s a triple bluff “The wise speak only of what they know” (Tolkien, as Gandalf, LOTR).

Is it any good?

There’s so much to love about the opening of this series. Visually — it’s a spectacle to behold, ork-estrally cinematic, the sort of pixels that make you want to immediately buy a bigger, better TV. Sorry family, “I needs it”. There’s a gravity to some of the scenes that feels innately Tolkien. And the ambitious world-building honours one of the core spirits of the genesis text.

It’s this effort-in-craft though, that leads to some of the show’s detractions. The pacing feels a little skewed, at times it plods, at times it races and there is a lot of character backstory being shoehorned into a short amount of screen time. The dialogue too, does fall short of the skillful, portent-heavy, eternally quotable poetic prose of Tolkien’s masterworks. It’s a brutal comparison to have to make, but one that emerges organically from the nature of the piece. 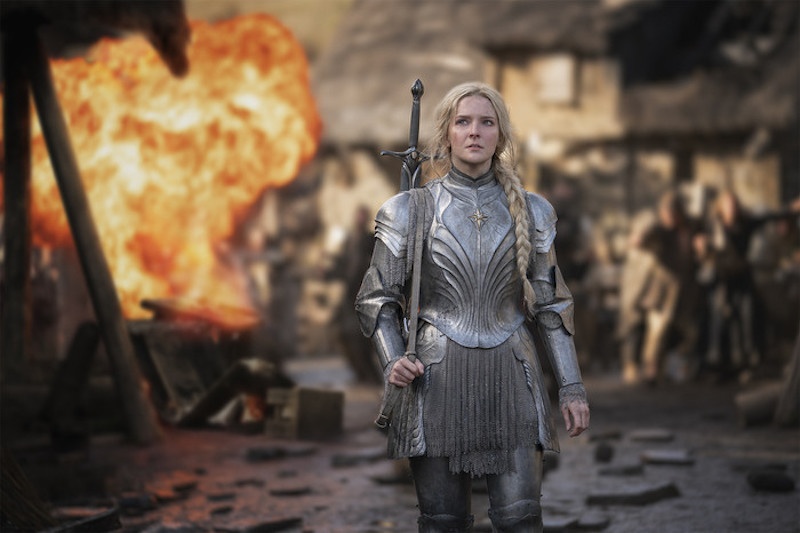 It’s great news for British actors (and actors of other nationalities that can pull off convincing British accents). The constitution that dictates all alternate fantasy worlds must be universally voiced in regional hues of the British (and Irish) tongue is clearly still in force. The Dwarves are Scottish, the Harfoots — Dubliners (shout out to veteran Brit comedian Lenny Henry’s effort here), the Elves a mix of RP and Welsh and the Orks, when we hear them speak, I assume will sound like they come from somewhere just outside of Coventry.

One convention that has been broken though, and a tip of the golden laurel hat to the show’s creators here, is that for the first time on screen — the elves have a bit of ethnic diversity amongst them. The Harfoot community too includes people of colour, which incidentally is perfectly in alignment with how Tolkien described them. It all feels a little bit less ‘race warry’ (despite the fact that, eh, it actually really rather is). Which is nice. 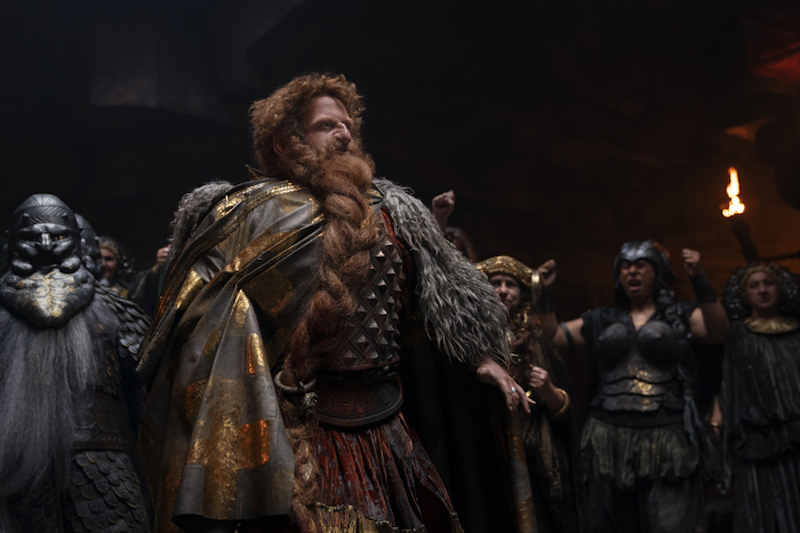 Verdict: The Rings of Power has begun its story spinning with gusto. We’re invested. It may not turn out to be the greatest story ever told, but so far it does a good enough job of honouring the legacy of a story that is undoubtedly amongst the greatest ever told.

The Lord of the Rings: The Rings of Power will be available to view on Prime Video in the UAE and Saudi Arabia from September 2.