8 excellent things to do in Riyadh this weekend: August 18 to 20

Looking for ways to spend the weekend in Riyadh? You’re in the right place. If you’re planning a dinner and live music experience with friends, why not check out Nofa resort? Alternatively, there are fireworks displays, drone shows, concerts, and the latest anime movie to catch in the cinema.

Here are eight excellent things to do in Riyadh this weekend. 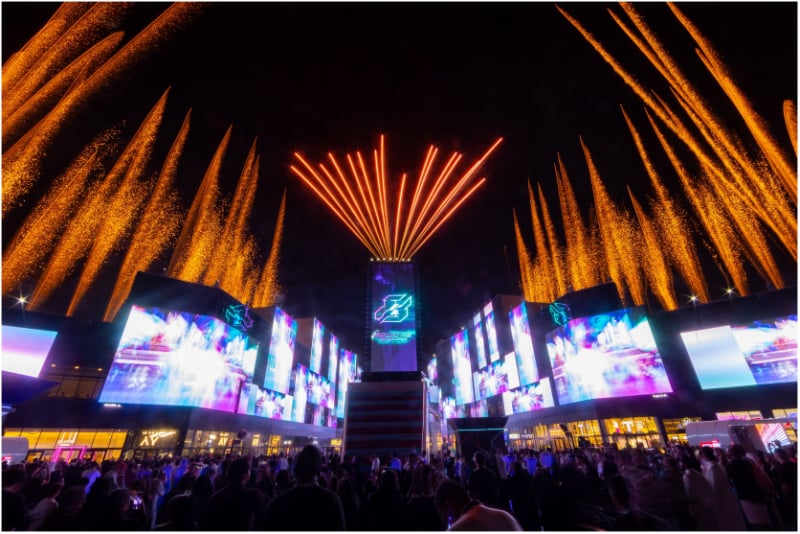 The region’s leading streaming platform OSN+ celebrates the upcoming premiere of the new HBO series “House of the Dragon”, a prequel to the international hit “Game of Thrones”, by staging a drone light show at Boulevard Riyadh City. The special celebration will also include a complete screen takeover and fireworks display as part of the ongoing Gamers8 festival.

Topping the bill in week six of the Gamers8 concert are American rapper Russ, Amr Emad and Mostafa El Sherif, the Disco Misr duo, as well as regional star Ntitled. The night also features top performances from Middle Eastern rapper JEED before Alan Walker, creator of the hit song “Faded”, closes out the show. All regular tickets are sold out, but VIP tickets are still available.

A big breakfast with all-you-can-eat is one of our favourite ways to kick start our weekends. Craving waffles, some scrambled eggs and grilled sausage? Or a juicy burger and fresh, grilled seafood? Look no further and enjoy a hearty American breakfast all day at 56th Avenue Diner. With a buffet stocked with everything from pancakes, perfectly cooked eggs, desserts, and the tastiest steaks ever, you’ll want to treat yourself again and again.

Dragon Ball fans will know what we’re talking about. For those who’ve been too busy to keep up with Dragon Ball past the 1990s GT series, the newly released “Dragon Ball Super: Super Hero” at AMC Cinemas is a 99-minute nostalgic throwback to the original “Dragon Ball” and “Dragon Ball Z” anime. Fans have long talked about how the relationship between the odd pairing of Gohan and Piccolo is often more nurturing and parental than the relationship between Gohan and his own father, Goku. The franchise’s first film in years strays from the usual Dragon Ball story by highlighting the two characters and attempts to address this perspective.

Gather with your loved ones and enjoy dinner at Nofa Riyadh, A Radisson Collection Resort. Every weekend in August, the stunning property adds to its atmosphere with live music performances. Tuck into an international spread featuring grilled meats, seafood, and decadent desserts. Even more brilliant is that you don’t have to be a hotel guest to attend the live music nights.

My Freaking Gallery, founded by artist Lama Alshenaifi, launches its first art show at the Personage concept store. The exhibition will spotlight a new and dynamic set of Saudi artists based in the Kingdom and overseas.

There are plenty of reasons to visit the Boulevard Riyadh City – from some of the best restaurants to the largest cinema, there’s pretty much something for everyone from every walk of life, and skaters are no exception. The BLVD Skate Park is the first concrete skate park in the Kingdom that features something for every style and level of skill. It is surrounded by ledges and rails and accommodates skateboards, scooters, in-line skating, and BMX bicycle users of all skill levels. The park also offers coaching sessions for everyone.

8. Fly to Jeddah for the much-hyped world heavyweight title fight

The highly anticipated rematch between Anthony Joshua and Oleksandr Usyk is finally happening as the two are set to clash on August 20 at the Jeddah Super Dome. The stakes are high as the winner of the bout will unify the WBA, IBF and WBO titles and be crowned World Heavyweight Champion. So, are you ready for Rage on the Red Sea?

Rage on the Red Sea, August 20, Jeddah Super Dome, Gates open at 4pm and the first fight is at 5pm. Book your tickets here.