Buckle up. Jeddah will once again hear the raucous roar of F1 cars speeding down the Jeddah Corniche Circuit.

The Formula 1 STC Saudi Arabian Grand Prix will return to Jeddah, home to the world’s fastest street circuit, on March 17 to 19, 2023. The pinnacle of motorsport’s third visit to Saudi Arabia will be the second race on the 2023 FIA Formula One World Championship calendar.

Saudi Arabia is one of the newest venues on the Formula One calendar, having hosted its debut race in December 2021 and its second race just four months later in March 2022.

Anyone still reeling from this year’s titillating championship fight between Max Verstappen and Charles Leclerc? Whether you’re team Red Bull or team Ferrari (or team Mercedes even), we can all agree that we simply can’t wait to see what will be in store for next year’s Formula 1 races in Jeddah. 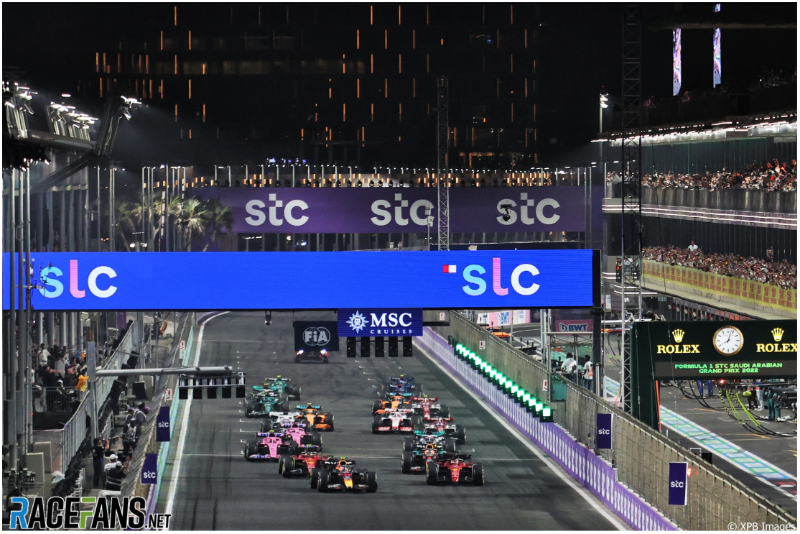 Fans will once more be able to sit in the Grandstands along the Red Sea Coast and watch their favourite drivers take on the thrilling Corniche Circuit – the fastest and longest street circuit in the world – as they go wheel to wheel at average speeds of up to 252km/h.

And aside from the race, the three-day F1 weekend in Jeddah will also return with a host of entertainment, performances, roving acts, and an array of family-friendly activities.

For eager party-goers like us, we definitely can’t wait to catch exciting stage acts for the race weekend, too. With food and drinks to fuel up on and music to jam to all night, you’ll want to be part of this explosive event in March 2023.

Prince Khalid Bin Sultan Al Abdullah Al-Faisal, chairman of the Saudi Automobile and Motorcycle Federation and the Saudi Motorsport Company, said, “We will be offering fans a full three-day programme of activity both on and off track that will appeal to sport and entertainment seekers alike. Our message, therefore, is clear: come to Jeddah next March not only to witness a spectacular race on F1’s fastest street circuit but also to discover all that this beautiful country has to offer.”

Tickets for the Formula One STC Saudi Arabian Grand Prix will go on sale soon. So, keep your eyes peeled for more details coming your way.