Jason Derulo to headline Azimuth 2022 in AlUla next weekend

An exciting line-up of DJ Snake, Parov Stelar, Damian Lazarus and many more is also confirmed to perform…

The chart-topping multi-platinum singer will entertain fans on Friday September 23 to conclude day two of the music festival.

Derulo has staked his claim as one of the most dynamic forces on the global pop landscape. Since breaking through with his five-times-platinum single “Whatcha Say” and selling more than 200 million records worldwide, the award-winning singer-songwriter has turned out an unstoppable run of immediately iconic hits and collaborated with many of music’s greatest trailblazers, not to mention all-time legends like Stevie Wonder.

His latest triumphs include emerging as one of TikTok’s most influential users, boasting the 11th overall biggest account on the video-sharing platform and the 4th most-followed male.

Jason Derulo is no stranger to performing in Saudi Arabia. Last year, he headlined shows at the inaugural Saudi Arabian Grand Prix in Jeddah and the MDLBeast SoundStorm in Riyadh, and has previously performed at the Formula E concert in Riyadh.

Alongside his latest hits, we’re expecting to hear a host of Derulo’s biggest tracks from more than a decade-long career, including Savage Love, In My Head, Wiggle and Jalebi Baby. 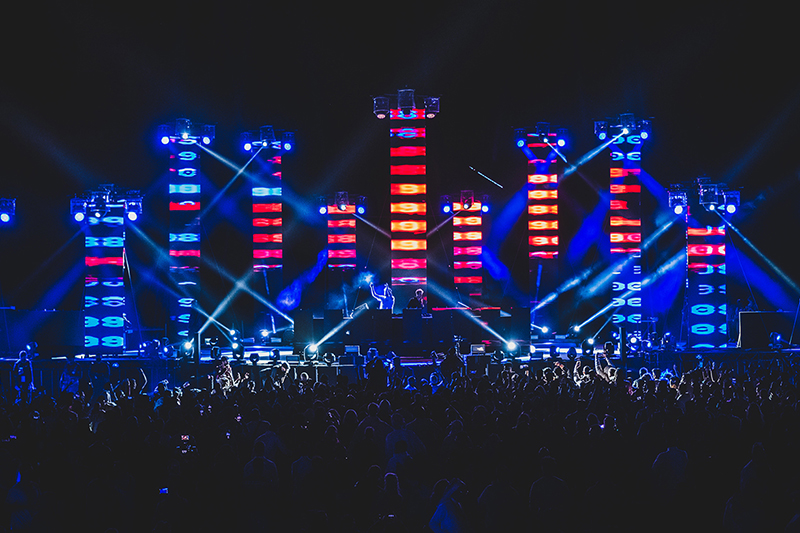 There’s plenty more to come next weekend at Azimuth 2022. Festival goers will also enjoy performances by the likes of Milkshake singer Kelis, DJs Snake and Damian Lazarus on Thursday September 22, as well as DJs Biirdperson, Cosmicat, Baloo and Parov Stelar on the following evening. Plus, the festival will include special sunset and sunrise sets, so brace yourself as the party is sure to keep going until the early hours.

Azimuth 2022, AlMu’tadil 43529, AlUla. The festival starts on Thurs Sept 22, with concerts running from 9pm to 6am on Fri Sept 23, and they will start again from 5pm on Fri Sept 23 to 6am on Sat Sept 24. Early bird regular ticket prices start from SAR594 and premium from SAR1,188. Book packages and tickets through experiencealula.com

Events
Nightlife
EDITOR’S PICKS
10 things to look forward to in Saudi Arabia this January
READ MORE
8 incredible hotels opening in Saudi Arabia in 2023
READ MORE
Epic Andy Warhol exhibition coming to AlUla Arts Festival 2023
READ MORE
5 fun and completely free things to do in Riyadh
READ MORE
MOST POPULAR
Jake Paul vs Tommy Fury is set for February 26 in Riyadh
Tabuk is getting a mega new entertainment destination
A complete guide to Boulevard World Riyadh
10 wonderful things to do in Riyadh this weekend: January 26 to 28
Andrea Bocelli returns to AlUla: Here's how to watch
YOU SHOULD CHECK OUT