Get ready. If you’re looking to watch some golf and have a good time, LIV Golf makes its first visit to the Middle East at Royal Greens Golf & Country Club in King Abdullah Economic City (KAEC – around 100 km north of Jeddah) from October 14 to 16.

This will be the final event before the tour heads to Miami for the season-ending Team Championship.

Not sure what LIV Golf is about? Let’s delve into the detail of the new series.

What is the LIV Golf Series?

Formerly known as the Super Golf League, the LIV Golf Invitational is a Saudi-backed venture consisting of eight invitational tournaments with no cuts and a $25 million prize purse. It is being fronted by Greg Norman, the two-time Open Champion and former World No. 1.

Unlike traditional golf tournaments, the first-of-its-kind individual and team format sees the professionals compete in 12 teams of four, with players starting their rounds at different holes, also known as a shotgun start.

Did you know that LIV stands for the Roman numeral 54? It is the number of holes to be played in each event. It also refers to the lowest score you could shoot if you were to birdie every hole on a par-72 course.

A total of 48 of the world’s best golfers will be competing in the penultimate event of the 2022 season. Among the golfing superstars set to play, 2022 Open Champion Cameron Smith and two-time major winner Dustin Johnson have been in red-hot form in the LIV Golf Invitational Series, while big names such as Phil Mickelson, Brooks Koepka, Martin Kaymer, Bryson DeChambeau and Patrick Reed are also gearing up for a great show. 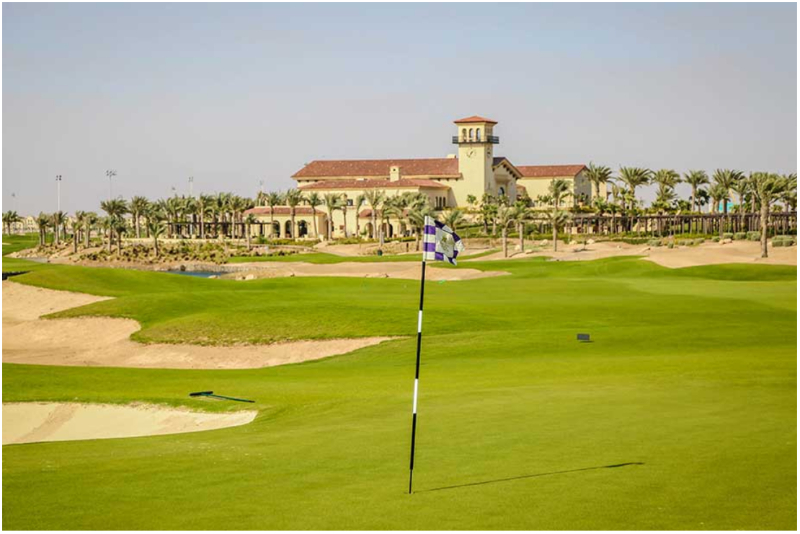 Royal Greens Golf & Country Club is a spectacular par 72, measuring 7,100 yards. It has been carved out of the desert and overlooks the Red Sea. It features many bunkers, waste areas, water hazards and magnificent putting surfaces.

What can we expect at this weekend’s event?

From intense competition on the course to entertainment that caters to fans of all ages, there will be something for everyone at Royal Greens.

Gates will open at 10am on all three days of tournament play in advance of the 12.15pm shotgun start, so guests can enjoy and participate in all the onsite interactive activities. In addition, grounds passes allow fans to walk the course, view the tournament from select viewing platforms, and grant entry to the festival-themed fan village, located adjacent to the first fairway on the Greens course.

The fan village will be filled with a variety of entertainment and activities for everyone, including a live stage featuring talented local music artists and DJs, a food court fuelled by popular local restaurants, and a children’s play area offering plenty of activities to keep young ones entertained.

Fans can enjoy a special football activation in the village, where they can meet and challenge their football heroes Sean Garnier, Edgar Davids, and Ibrahim Ba.

Visitors will also be able to get into the swing of competition by visiting the teaching professionals at the air-conditioned and professionally staffed Coaching Zone, while a SNAG Golf setup (Starting New at Golf) will provide the equipment and the knowledge to help any budding golfer take their first steps in the sport. A bunker challenge and LED-lit mini-putt area will also offer opportunities for golfers of all levels to further hone their skills. Within the fan zone, giant viewing screens will allow spectators to follow the on-course action all afternoon.

All visitors arriving before noon each day will also have the chance to win special giveaways.

Expect a laid-back and inviting atmosphere, plus an incredible environment not often associated with golf – definitely an event not to be missed.

LIV Golf Invitational Jeddah 2022, Oct 14 to 16, from 10am, Royal Greens Golf & Country Club, Al Murooj, King Abdullah Economic City 23981. Get your tickets here. General admission price for a single-day grounds pass is SR95, a three-day pass costs SR226, and individuals under 16 can attend for free. Hospitality packages for the popular Gallery Club and Club54 experiences are also available and start from SAR1,035 and SAR3,740, respectively. @livgolfinv

Events
News
Sport & Fitness
EDITOR’S PICKS
10 things to look forward to in Saudi Arabia this January
READ MORE
8 incredible hotels opening in Saudi Arabia in 2023
READ MORE
Epic Andy Warhol exhibition coming to AlUla Arts Festival 2023
READ MORE
5 fun and completely free things to do in Riyadh
READ MORE
MOST POPULAR
Tabuk is getting a mega new entertainment destination
A complete guide to Boulevard World Riyadh
10 wonderful things to do in Riyadh this weekend: January 26 to 28
Andrea Bocelli returns to AlUla: Here's how to watch
What to expect as the Diriyah E-Prix races into town this weekend
YOU SHOULD CHECK OUT