Make movie night your best yet with these top new releases…

Amazon Prime Video has a host of new offerings to sift through in October. We’ve rounded up some of the best TV shows and movies of every kind – from Halloween-themed films to sci-fi drama and medieval comedy – coming to this streaming service this month.

Lena Dunham wrote and directed this medieval, young-adult comedy based on Karen Cushman’s 1994 novel of the same name. The film casts Game of Thrones actress Bella Ramsey as a teenage girl in medieval England who aspires to more than being married off by her father to the highest bidder. Her imagination, defiance, and deep belief in her own right to independence put her on a collision course with her parents.

Chloë Grace Moretz stars in this sci-fi series about a young American woman, Flynne Fisher, who makes a living levelling up the characters of rich people in VR games. She dons a virtual reality headset that transports her to another world; only this world is anything but virtual. Someone in London, seventy years in the future, has found a way to open the door to Flynne’s world. The Peripheral is master storyteller William Gibson’s dazzling, hallucinatory glimpse into the fate of mankind – and what lies beyond. 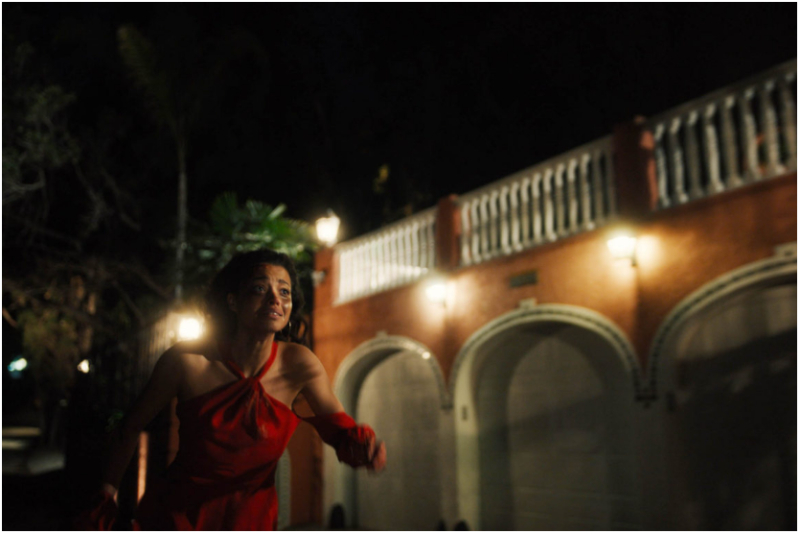 Initially apprehensive when her boss insists she meets with one of his most important clients, single mum Cherie (Ella Balinska) is relieved and excited when she meets charismatic Ethan (Pilou Asbæk). The influential businessman defies expectations and sweeps Cherie off her feet. But at the end of the night, when the two are alone together, he reveals his true, violent nature. Battered and terrified, she flees for her life, beginning a relentless cat-and-mouse game with a blood-thirsty assailant hell-bent on her utter destruction. This edge-of-your-seat dark thriller arrives just in time for your annual binge of scary films to get you in the mood for Halloween, except this one is more real-world scary.

The Devil’s Hour sounds like just the kind of chilling show that’s bound to give you nightmares. Referring to the scariest time of the night – specifically 3.33am – the six-part series follows the story of Lucy, played by Jessica Raine, who’s woken every night at the same time by terrifying visions. But a story of sleepless nights, nightmares, and unexplainable occurrences soon becomes one of a brutal murder. Peter Capaldi plays a reclusive nomad driven by a murderous obsession. He becomes the prime target of a police search led by compassionate detective Ravi Dhillon, played by Nikesh Patel.