Family
Things to do

Playocity is an indoor adventure experience that will include attractions based on brands, including Transformers, My Little Pony, Monopoly, and more.…

Hasbro has long seen the potential of its brand beyond just selling games and toys. Its licensing efforts have led to everything from The Transformers movies to television series, as well as My Little Pony, Potato Head, and countless others.

The first two Playocity sites will encompass a 6,000-square-foot space, offering spectacular fun for everyone. 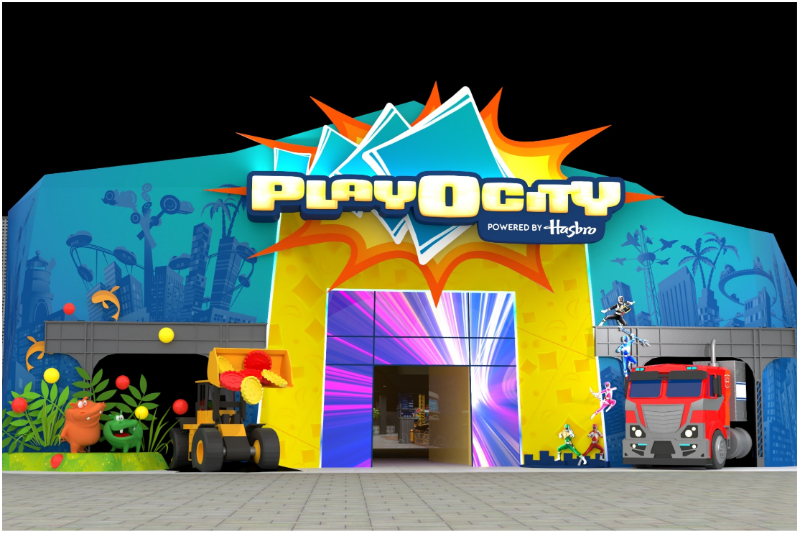 The new attraction will allow visitors to immerse themselves in interactive activities based on fan-favourite Hasbro brands and characters, such as Power Rangers, Transformers, My Little Pony, Potato Head, Monopoly, Nerf and Connect4, among others. These include mechanical rides, roller coasters, a drop zone, carousels, soft play, and laser tag.

Playocity will have seven zones, including the Hungry Hungry Hippo feeding frenzy, the Connect4 Disc-O-Drop ride, an adrenaline-fuelled Transformers Laser Combat, and the Playocity Arcade.

There are also two Power Rangers rides – the Megazord Battle Spinner and Jet Racers attractions. Or let your little kids play in the Tonka at Tonka Town experiential building site with Big Bob to help rebuild the city hall with diggers, cranes, dump trucks and bulldozers.

My Little Pony fans will enjoy the Equestria Zone, where they can meet their favourite characters and spin with the Pegasus Ponies on the Cloud Carousel.

“Hasbro is known for delivering compelling branded entertainment experiences to fans and families around the world, and we’re excited to work with the Al Hokair Group to bring just that with Playocity,” says Matt Proulx, vice president of Location Based Entertainment at Hasbro. “Anyone who visits Playocity will surely have a one-of-a-kind experience and leave with memories that will last a lifetime.”

The first two Playocity locations in Riyadh and Jeddah are opening soon, with Al Hokair Group planning to open more locations throughout Saudi Arabia. The exact venues and dates have yet to be revealed, but watch this space as more updates become available.

Family
Things to do
EDITOR’S PICKS
10 things to look forward to in Saudi Arabia this January
READ MORE
8 incredible hotels opening in Saudi Arabia in 2023
READ MORE
Epic Andy Warhol exhibition coming to AlUla Arts Festival 2023
READ MORE
5 fun and completely free things to do in Riyadh
READ MORE
MOST POPULAR
Tabuk is getting a mega new entertainment destination
A complete guide to Boulevard World Riyadh
10 wonderful things to do in Riyadh this weekend: January 26 to 28
Andrea Bocelli returns to AlUla: Here's how to watch
What to expect as the Diriyah E-Prix races into town this weekend
YOU SHOULD CHECK OUT