Balad Beast is coming to Jeddah this weekend: here's all you need to know

Get ready…the beast is back and bigger than ever. Raising the roof, the music and arts festival, Balad Beast, is taking place this weekend, on Friday, December 9 and Saturday, December 10. Landing inside the walls of Jeddah’s Old Town, known as al-Balad, the two-day fest will light up the neighbourhood’s iconic backdrop from 4pm to 2am.

Tickets for the two-day festival are on sale now, music lovers can choose between two categories: general admission and VIP, which includes additional perks like fast track, exclusive viewing zones, VIP parking, premium food & beverages, and more. For unlimited access across the whole weekend, ticket prices start from SAR599(general) or SAR2,999 (VIP) while prices per day start from SAR399 (general) and SAR1,999 (VIP).

Festivalgoers can expect unrivalled music bouncing in every genre from hip-hop and EDM to house and techno, as well as unique entertainment, mesmerising light shows, and the freshest Saudi streetwear taking over the souqs. Art will be projected onto the iconic buildings of al-Balad, reawakening the centuries-old architecture through clever technology and lighting.

Over 70 international and local artists will take over five courtyards within Jeddah’s heritage sites including two underground stages for house and techno lovers.

Local DJs such as Cosmicat, Dish Dash, Baloo, Biirdperson, Arabstract, and Mishaal Tamer will also be raising the roof across the UNESCO-heritage sites.

Here is the full lineup for Friday, December 9: 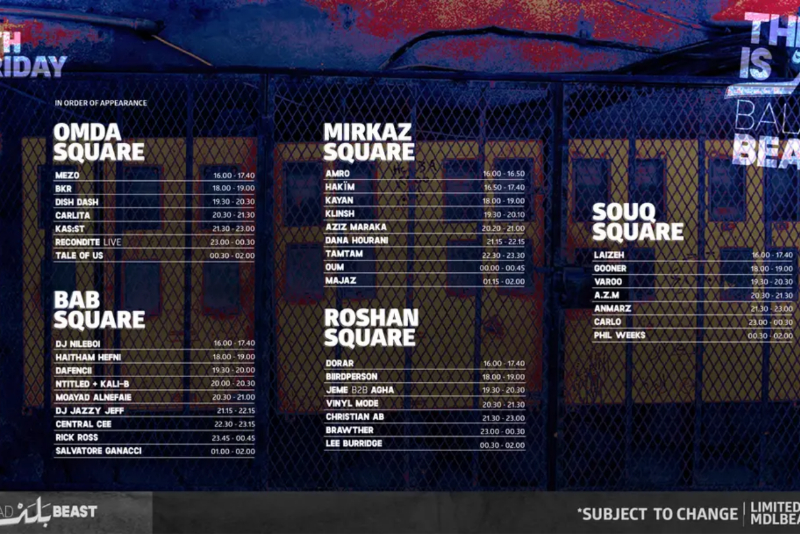 Here is the full lineup for Saturday, December 10: 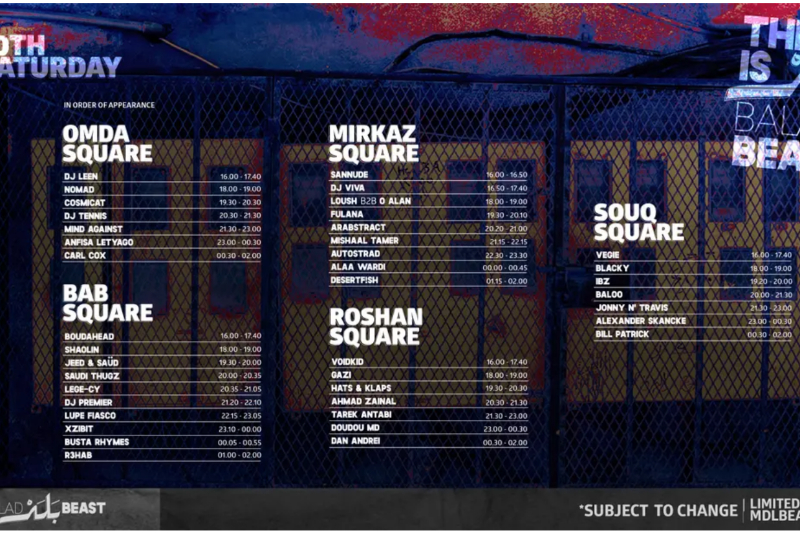