Get your tickets for Imagine Dragons concert in Riyadh

Presented by Live Nation, the concert, taking place on January 22, 2023, is part of the Grammy-winning band’s Mercury World Tour…

Riyadh, get ready to rock. Grammy-winning, multi-Platinum band Imagine Dragons are heading to the capital next year. The Thunder hitmakers will make a stop at Mrsool Park Stadium on Sunday January 22, 2023.

The band – which consists of singer Dan Reynolds, guitarist Wayne Sermon, bassist Ben McKee and drummer Daniel Platzman – is embarking on a worldwide journey for the Mercury World Tour to promote their double-disc album Mercury – Acts 1 & 2.

Produced by Live Nation, the Mercury World Tour is the fourth concert tour by the American pop-rock band.

Fans can expect to hear some of their biggest hits from the 32-track album, which includes hit singles, ‘Bones’, ‘Enemy’, and ‘Sharks’. 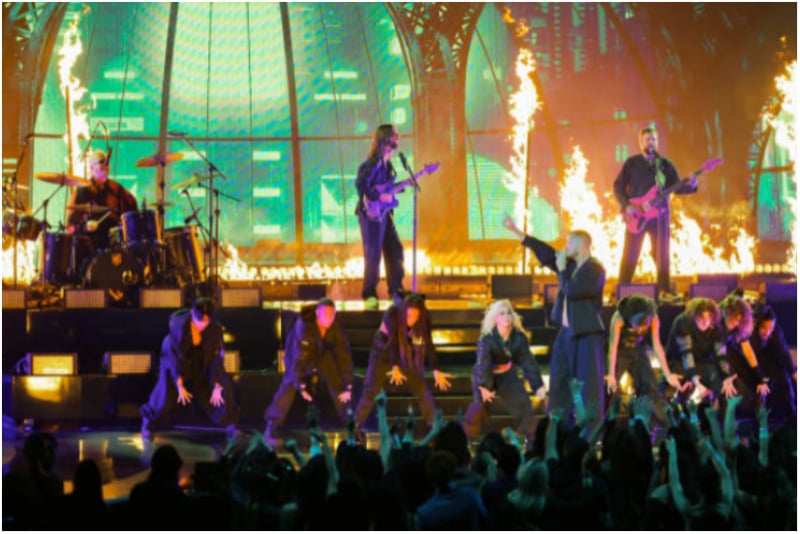 To date, ‘Bones’ has been streamed over 331 million times, while ‘Enemy’ has racked up 4.6 billion streams across two versions – a collaboration with Grammy-nominated rapper JID and as a title track for Riot Games animated series “Arcane”, distributed by Netflix.

Alongside their newer material, prepare to sing along to ‘Believer’, ‘Thunder’, ‘Young Dumb and Broke’, ‘On Top of the World’, and more from their catalogue of a decade-long career producing top rock anthems.

Imagine Dragons first gained exposure with the release of their single ‘It’s Time’, followed by their award-winning album Night Visions in 2012, which resulted in the chart-topping singles ‘Radioactive’ and ‘Demons’. The Las Vegas quartet has released six albums, with the first four reaching at least second place on the Billboard 200.

It is not their first foray into Saudi Arabia, having performed at the Formula E-Prix in Riyadh in November 2019.

Following their Riyadh gig on January 22, the band will also perform in Bahrain on January 24 and go on to play a show in Abu Dhabi, UAE, on January 26.

Tickets for Imagine Dragons in Riyadh are out now, priced from SAR249, and you can purchase them via ticketmasterksa.com. You can choose between buying standing tickets (Golden Circle, SAR899 and General Admission, SAR249), applicable only for those who are 16 and over, or seated tickets (priced from SAR299) for those above four years of age.

Make sure to catch them, as you won’t want to miss out on this massive tour from the popular band.