The year is almost at an end, and many of us will be planning how we will be welcoming in 2023. If you have plans that involve being outdoors, you may be hoping for an optimistic weather forecast.

Overall, it looks set to be a wet end to 2022. Many regions of Saudi Arabia will also be greeted with an equally wet start to the new year.

Residents have been warned of severe weather, with moderate to heavy rain forecast to begin tomorrow (Thursday December 29) night and continue until at least next Tuesday January 3.

According to the National Centre of Meteorology (NCM), this rain condition might be potentially accompanied by hail, dust clouds, low visibility, and high waves along coastlines.

Several governorates in the regions of Makkah, Al-Baha and Aseer will witness heavy to moderate rain on Thursday, with the rainfall intensity expected to increase on Friday and Saturday.

Thunderstorms from moderate to heavy will hit the regions of Madinah, Qassim and Riyadh on Friday and Saturday. Temperatures look set to reach up to 14°C and 15°C across Riyadh and 25°C and 28°C across Jeddah over the weekend.

The Eastern Province, including Dammam, Dhahran, Khobar, Abqaiq, Al-Ahsa and Al-Qatif, will also likely witness moderate rain, while thunderclouds are expected to form in the coming days over parts of Jazan.

So, what sort of weather can we look forward to at the start of the New Year?

Thunderstorms, accompanied by moderate and possibly heavy rain leading to floods, will continue from Sunday January 1 to Tuesday January 3 in these areas, and the effects may extend to the regions of the Northern Border Province, Al-Sharqiyah, Al-Jouf, Hail and Tabuk.

Preliminary forecasts indicate the chance of rain will persist in most regions until the end of next week. 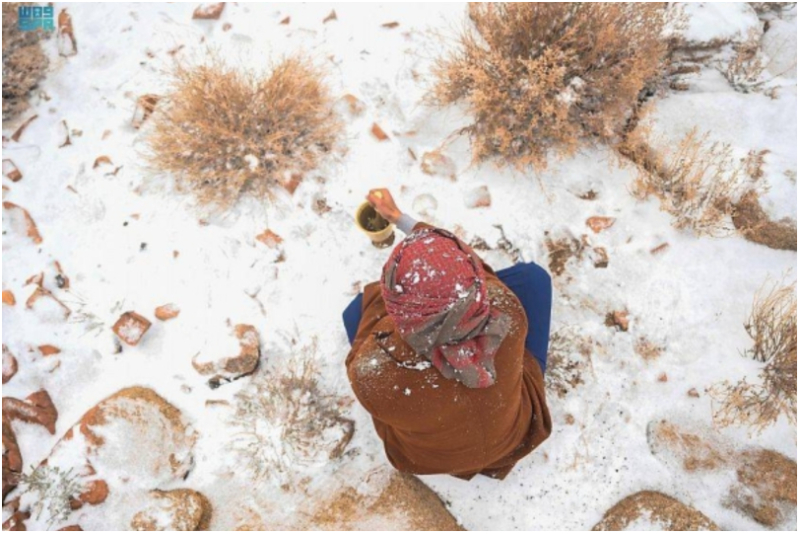 Regardless, while the weather may stay unsettled across Saudi Arabia, New Year’s Eve revellers shouldn’t let that hinder your plans.

However, continue checking NCM’s website and social media accounts for updates on the weather condition and take precautions. The best advice would be to go prepared, with farwas and umbrellas at the ready.