All the celebrities spotted at the Joy Awards 2023 in Riyadh

Written by:
Jumira Hancock
5 days ago

The Joy Awards – part of Riyadh Season – is hosted by the General Entertainment Authority (GEA) and organised in partnership with MBC Group. It is billed as the Middle East’s largest ceremony to recognise and honour Arab artists, celebrities, and social media personalities for their achievements.

Taking place at the Bakr Al-Sheddi Theatre in Boulevard Riyadh City last night (Saturday January 21), the third edition of the event brought together popular faces from across the entertainment industry. It was also an occasion for celebrities to bring their fashion A-game, pulling out all the stops on the lavender carpet.

Here are some of the stars whom we’ve spotted…

Actress Esther Acebo, better known as ‘Stockholm’ for her part in the Spanish hit crime drama show, “Money Heist”, showed up at the Joy Awards, looking stunning in a modest black dress.

Netflix star and model Georgina Rodriguez, who now calls Saudi Arabia home after her partner Cristiano Ronaldo signed a record-breaking deal with Saudi football team Al-Nassr, turned heads at the event, showing off a form-fitting gown complete with a veil.

Amongst the well-heeled crowd at the Joy Awards was US-Colombian actress Sofia Vergara who was honoured as Personality of the Year. The “Modern Family” superstar was also spotted at the King Fahd International Stadium, together with her son Manolo Gonzalez Vergara and niece Claudia Vergara, for the Riyadh Season Cup – Riyadh All-Star XI vs Paris Saint-Germain (PSG) match. 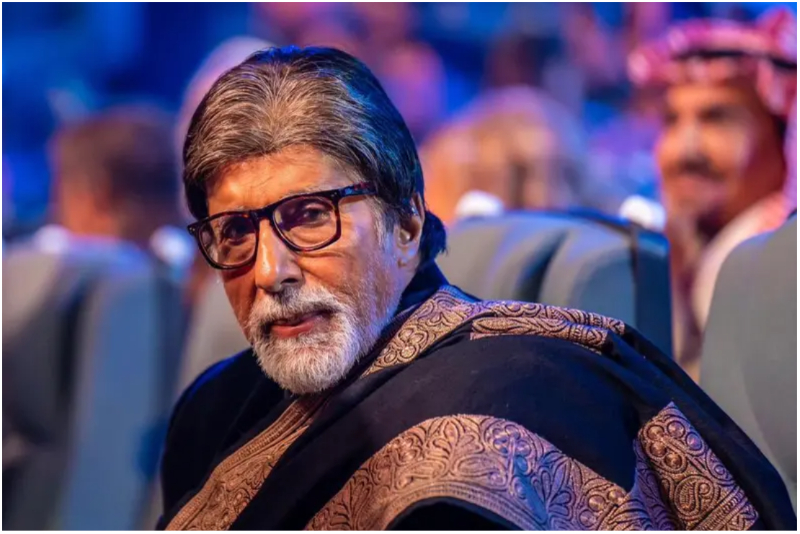 Indian actor Amitabh Bachchan received the Life Achievement Award at the Joy Awards in Riyadh. He was also invited as the guest of honour at the Riyadh All-Star XI vs PSG match, greeting football legends Cristiano Ronaldo and Lionel Messi.

The Hollywood director also received the Lifetime Achievement Award at the eventful event.

Celebrities
EDITOR’S PICKS
10 things to look forward to in Saudi Arabia this January
READ MORE
8 incredible hotels opening in Saudi Arabia in 2023
READ MORE
Epic Andy Warhol exhibition coming to AlUla Arts Festival 2023
READ MORE
5 fun and completely free things to do in Riyadh
READ MORE
MOST POPULAR
Tabuk is getting a mega new entertainment destination
A complete guide to Boulevard World Riyadh
10 wonderful things to do in Riyadh this weekend: January 26 to 28
Andrea Bocelli returns to AlUla: Here's how to watch
What to expect as the Diriyah E-Prix races into town this weekend
YOU SHOULD CHECK OUT