John Legend to perform at Diriyah E-Prix concerts this weekend

Written by:
Alice Holtham
4 days ago

He joins French Montana, Martin Garrix and Miguel as part of the star-studded line up…

The stars keep coming to Riyadh, with John Legend just added to the line-up for the Diriyah E-Prix concerts. The American superstar will perform on Saturday January 28 alongside Moroccan rapper French Montana. They follow a huge night of music on Friday January 27, when renowned DJ Martin Garrix and R&B sensation Miguel will headline.

The Kingdom is, for the fifth time, hosting the ABB FIA Formula E World Championship on Friday January 27 and Saturday January 28. And as always, as well as plenty on-track action at the incredible street race, we can look forward to the international headline concerts happening afterwards.

Tickets are now on sale, which includes access to the race and concerts. Single-day general admission tickets are SAR100, while two-day tickets are priced at SAR170. For Grandstand tickets, you’ll pay Dhs150 for single-day tickets and SAR225 for both days, again inclusive of concert access. Get them now via diriyahseason.sa

Then on the final day, Saturday January 28, it’s the turn of French Montana and John Legend to take to the stage. Legend, the latest star to be announced, is exactly that. when he takes to the stage this weekend, we’re hoping to hear hits including Used to Love U, Stay With You and Ordinary People from his 2004 Grammy Award-winning debut album, Get Lifted. And, of course, not forgetting other crowd-pleasers, from Tonight (Best You Ever Had) to Penthouse Floor and Green Light, our all-time favourite from his 2008 studio album Evolver.

Some artists blur genres, but French Montana blurs borders. His inimitable fusion of classic East Coast rhymes, wavy pop swagger, and international ambition elevated him to the forefront of the game on a global scale. He has recently released a new track Yes I Do and Fenty. So, get ready for an Unforgettable night with the hip-hop star. 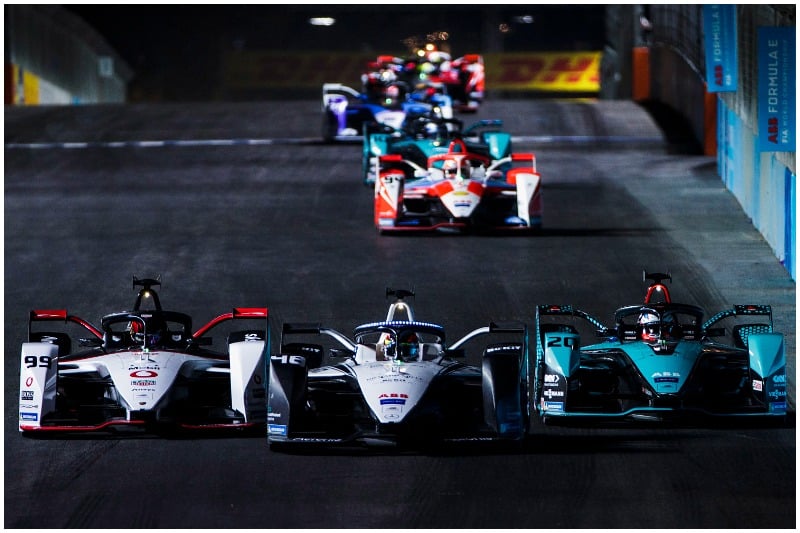 The ABB FIA Formula E Championship is the world’s first fully-electric international single-seater street racing series. When it lands in Diriyah later this month, 11 teams and 22 drivers will take to the grid for two exhilarating night races, navigating the incredible street circuit that twists and turns around the historic desert surroundings of the Unesco World Heritage Site of Turaif.

Sport & Fitness
Things to do
EDITOR’S PICKS
10 things to look forward to in Saudi Arabia this January
READ MORE
8 incredible hotels opening in Saudi Arabia in 2023
READ MORE
Epic Andy Warhol exhibition coming to AlUla Arts Festival 2023
READ MORE
5 fun and completely free things to do in Riyadh
READ MORE
MOST POPULAR
Tabuk is getting a mega new entertainment destination
A complete guide to Boulevard World Riyadh
10 wonderful things to do in Riyadh this weekend: January 26 to 28
Andrea Bocelli returns to AlUla: Here's how to watch
What to expect as the Diriyah E-Prix races into town this weekend
YOU SHOULD CHECK OUT