Tabuk is getting a mega new entertainment destination

News
Things to do

Written by:
Alice Holtham
1 day ago

Although SEVEN has yet to reveal the name of the new leisure project, it’s set to transform Tabuk’s entertainment landscape with an array of experiences set over a super-sized 40,000 square metre plot. 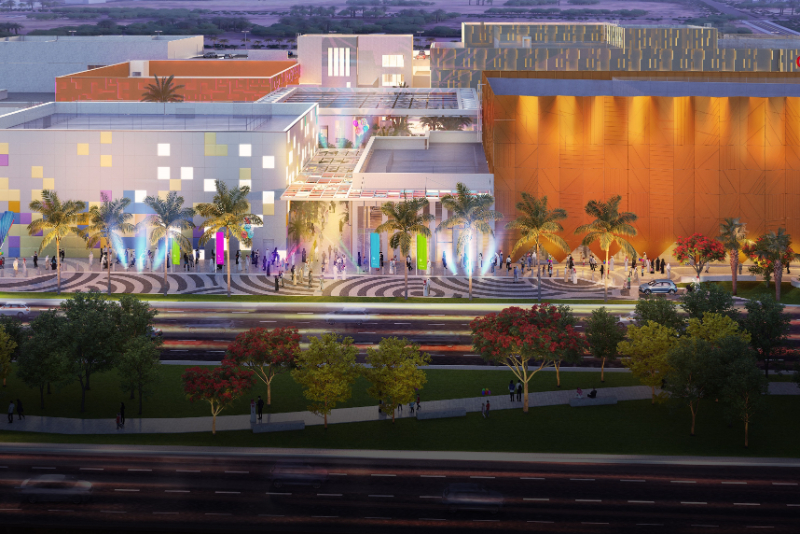 Handily located on King Faisal Road and next to Prince Fahad Bin Sultan Park the destination will be accessible from one of four main entrances and have space for some 760 cars in the car park. Once complete, SEVEN’s new entertainment destination in Tabuk will be built up over 72,500 square metres. Designed by renowned architects Gensler, the SAR 1 billion project has been created to look like a village nestled between gardens and recreational spaces.

Inside, it will be largely entertainment, although space will also be dedicated to retail and food and beverage offerings. Within the new attraction in Tabuk, there will be eight entertainment zones. These will include a 4,000 square metre highly immersive family entertainment centre; an e-karting experience under Mattel’s Hot Wheels Brand; and Discovery Adventures centre, an indoor edutainment attraction that integrates content developed in partnership with Warner Bros. Discovery. 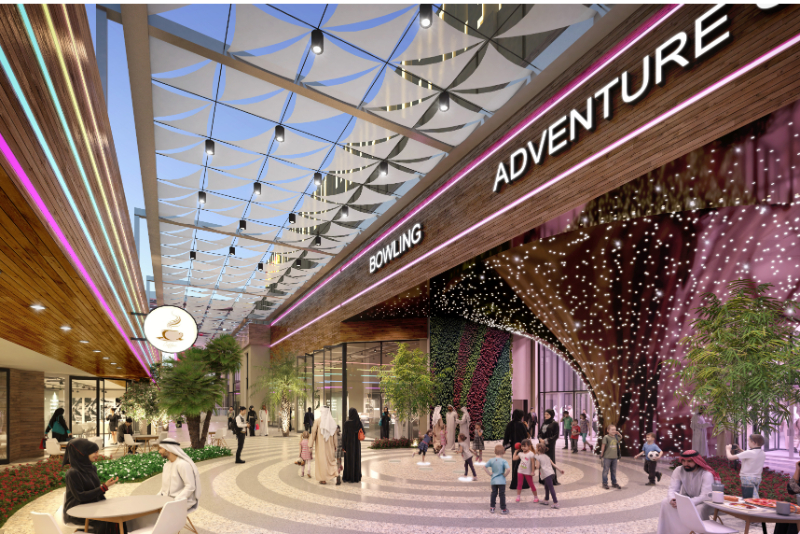 There will also be a 12-hole indoor golf course, 10-lane futuristic bowling experience and a 10-screen cinema. Sounds like it’s sure to be an unforgettable day out.

While we don’t know when SEVEN’s new destination will open, construction has already been awarded. So, we could be getting our thrills in Tabuk pretty soon.

Alongside Tabuk, SEVEN has plans for 21 entertainment destinations in total across the Kingdom. These include Al Hamra in Riyadh, plus across Jeddah, Taif, Khobar and Yanbu.

News
Things to do
EDITOR’S PICKS
10 things to look forward to in Saudi Arabia this January
READ MORE
8 incredible hotels opening in Saudi Arabia in 2023
READ MORE
Epic Andy Warhol exhibition coming to AlUla Arts Festival 2023
READ MORE
5 fun and completely free things to do in Riyadh
READ MORE
MOST POPULAR
Tabuk is getting a mega new entertainment destination
A complete guide to Boulevard World Riyadh
10 wonderful things to do in Riyadh this weekend: January 26 to 28
Andrea Bocelli returns to AlUla: Here's how to watch
What to expect as the Diriyah E-Prix races into town this weekend
YOU SHOULD CHECK OUT