Get ready for the Kingdom’s third edition of the race…

The 2022 Dakar Rally will be raced in the Saudi deserts with a new route between January 2 and 14. The 44th edition of the world’s most famous rally, and the third to take place in the Kingdom, will start in Ha’il in the north, and all 12 stages of the event will conclude on the western coast of Jeddah.

According to organisers Amaury Sport Organisation (ASO) and the Saudi Arabian Automobile and Motorcycle Federation (SAMF), the 2022 Dakar promises some new and unexplored routes. It will venture into the Empty Quarter, or the Rub’ al Khali basin, which is the world’s largest area of continuous sand, covering about a quarter of the Kingdom’s land surface.

“It will be an edition with a taste of sand, taste of dunes and wide-open spaces,” said David Castera, director of Dakar. “We will head south to the Empty Quarter. We had a first little taste of it in 2020, but this time we’ll go deep down in the Empty Quarter and its ocean of dunes.” 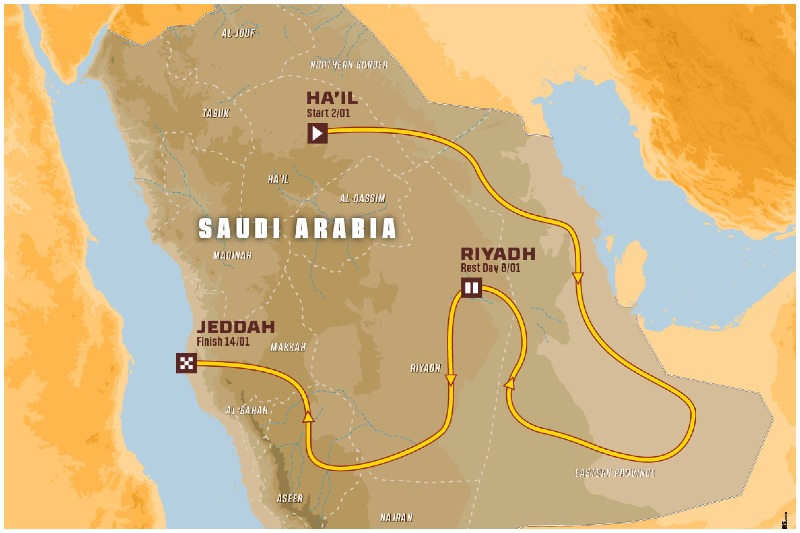 The registrations for 2022 Dakar will open tomorrow (May 17, 2021), with the course announcement coming at the end of November. The vehicles will be boarded at Marseille harbour in the second week of December, arriving in Jeddah on December 26-28.

Scrutineering will be done on December 31 and January 1, followed by a prologue and the race start, all taking place in Ha’il. From there, participants will travel south through Riyadh for a rest day.

“We’ll have three stages with 100 per cent sand and dunes, including a marathon stage (which disallows any outside mechanical assistance) in the middle of the dunes,” Castera added. “They will be around 4,000km of special stages and 2,500-3,000km of liaisons.”

Week two will introduce four rather tricky stages, a lot of navigation, and more dunes.

Around 80 per cent of the event will take place in thoroughly uncharted territory. This Dakar will also mark the first-ever appearance of an electronic roadbook for elite class riders. Additionally, all motorcycle riders participating in the 2022 Dakar will be required to wear airbag gear for the first time ever. 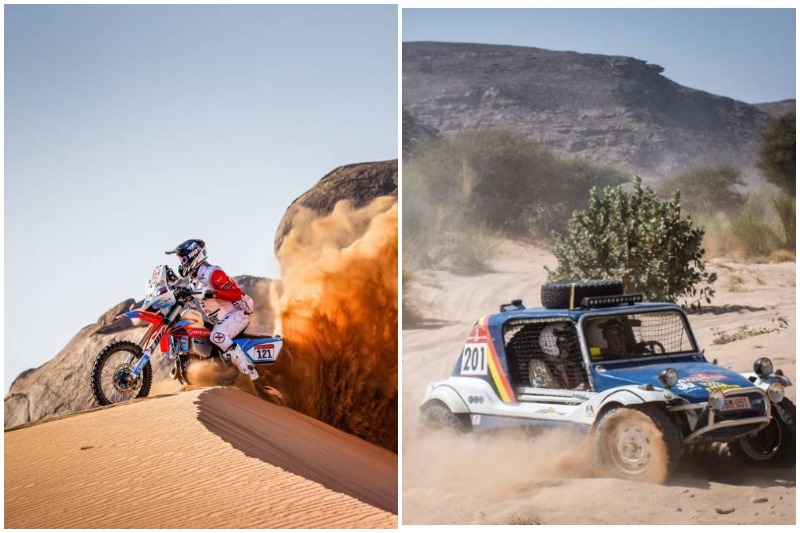 The director also confirmed that the second running of the Dakar Classic would take place after its launch last year.

Although there isn’t any mention of spectator zones for those interested in watching the race, Prince Khalid bin Sultan Al Abdullah Al-Faisal, chairman of SAMF, said that preparations by the organisers would ensure a spectacular viewing for motorsports fans.

Stay tuned to WhatsOnSaudiArabia.com for all the updates as and when we know more.