Saudi Arabia has announced that it is changing the colour of its ceremonial carpets from traditional red to lavender, in a move designed to celebrate the nation’s identity.

Here’s a video by the Saudi Ministry of Culture, in which the new carpets have been rolled out.

Lavender is associated with blossoming wildflowers that carpet the Kingdom’s desert landscapes in the spring and represents Saudi generosity.

The wild lavender flowers are a celebrated symbol across the Kingdom. They add a splash of colour to the harsh desert landscape, and the flower’s strength, hardiness and inherent beauty are seen as a metaphor for the resilience of the Saudi nation.

The ceremonial lavender carpets will also include decorative trims featuring the traditional Sadu patterns of the unique Saudi weaving craft listed on UNESCO’s Representative List of the Intangible Cultural Heritage of Humanity. They will be used to welcome visiting dignitaries as a symbol of Saudi hospitality and generosity.

According to a press statement by Saudi Press Agency, the initiative to change the ceremonial carpets is a partnership between the Ministry of Culture and the Royal Protocol. It reflects the transformation of the Kingdom, driven by Vision 2030, and its aspirations for the future.

It follows other recent initiatives that emphasise the importance of national identity, including the publication of an art-acquisition guide for government agencies and institutions. Through such initiatives, the Ministry of Culture seeks to embrace and promote Saudi national symbols and introduce them to the world. 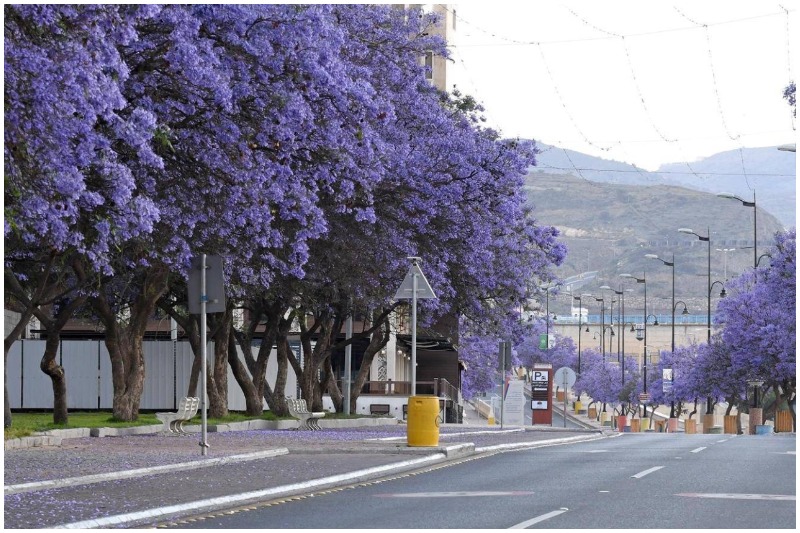 Lavender is also a common sight in the southern region of Saudi Arabia. The city of Abha, one of the most popular destinations in the Kingdom for locals and visitors alike, transforms into lilac purple every year as rows of its iconic Jacaranda trees bloom during spring and rainy weather.

Culture
News
EDITOR’S PICKS
New eVisa scheme for tourists arriving into Saudi Arabia
READ MORE
AlUla Wellness Festival is returning: here's all you need to know
READ MORE
10 of the best mocktails in Riyadh you need to try right now
READ MORE
The most romantic restaurants in Jeddah
READ MORE
MOST POPULAR
6 fantastic things to do in Jeddah this weekend: November 24 to 26
10 wonderful things to do in Riyadh this weekend: November 24 to 26
Saudi Arabia's first-ever JW Marriott hotel opens in Riyadh
Anghami Lab: A new rooftop entertainment venue opens in Boulevard Riyadh City
Public holiday declared in Saudi Arabia after World Cup win
YOU SHOULD CHECK OUT