Falcon breeders and enthusiasts, an auction is coming to Riyadh this summer

It will be held in compliance with all precautionary measures…

Get ready to flock to the capital city to witness some of the country’s most prized birds go up for auction.

The Saudi Falcons Club (SFC) is hosting the first-ever International Falcon Breeders Auction (IFBA) in the Kingdom. It will take place at the club’s headquarters in Malham, north of Riyadh, between August 5 and September 5, 2021.

Home to falcons and falconers

According to the Saudi Press Agency, the international auction aims to provide top-tier falcons for falconers in the Kingdom and the countries within the region. The auction will also introduce the best falcon breeding farms and experiences from around the world to the Kingdom and create new business opportunities.

The SFC aims to make it a trustworthy platform. In addition, the club seeks to transform the auction into an international event and a major attraction for international falcon breeders.

A full-service venue will be set up for the auction in its exhibition building, which includes a designated space for companies interested in showcasing their veterinary supplies, tools, and equipment for falconry and training. 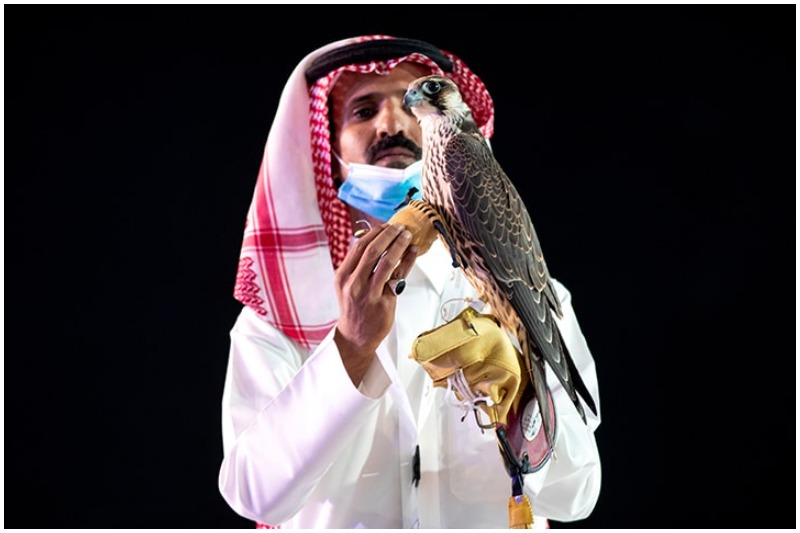 Falconry is an integral part of the cultural desert heritage of Arabs of Saudi Arabia and its neighbouring countries going back thousands of years. In the Kingdom, falcon sales have reported record figures, reflecting the region’s passion and love for the birds.

Last October, the SFC organised an auction for locally captured falcons, which saw the sale of the world’s most valuable “Shaheen” peregrine for SAR650,000, making it the most expensive sale to date.

Falcons with a high price tag are rare, and there are several factors at play in determining price, including size, weight, shape, feathers, colour, and eyes.

Culture
News
EDITOR’S PICKS
New eVisa scheme for tourists arriving into Saudi Arabia
READ MORE
AlUla Wellness Festival is returning: here's all you need to know
READ MORE
10 of the best mocktails in Riyadh you need to try right now
READ MORE
The most romantic restaurants in Jeddah
READ MORE
MOST POPULAR
6 fantastic things to do in Jeddah this weekend: November 24 to 26
10 wonderful things to do in Riyadh this weekend: November 24 to 26
Saudi Arabia's first-ever JW Marriott hotel opens in Riyadh
Anghami Lab: A new rooftop entertainment venue opens in Boulevard Riyadh City
Public holiday declared in Saudi Arabia after World Cup win
YOU SHOULD CHECK OUT