When Yauatcha whips up a dessert, it’s usually over-the-top, from the presentation to the luscious flavours. But, hey, we aren’t complaining.

And now that mooncake season has arrived, Yauatcha is making the traditional treats for the first time.

In celebration of the upcoming Mid-Autumn Festival – one of the oldest traditions in the Chinese calendar – Yauatcha will be serving mooncakes on their menus until the end of October.

Flavours of the moon 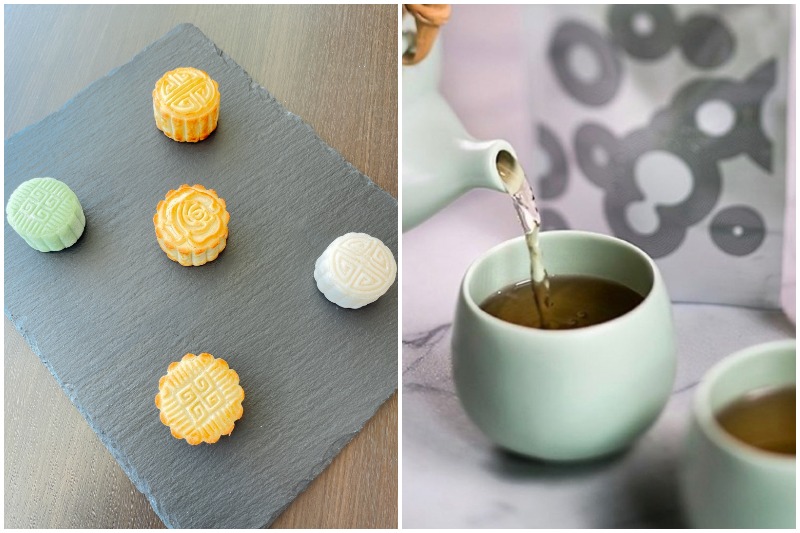 Among the traditional mooncakes, fillings include the classic lotus – an ode to time-honoured tradition – and silken red bean, baked to a majestic golden brown.

Nut lovers can also delight in their pistachio mooncake with its crunchy texture.

A velvety, soft snowskin type of mooncake is also available. Making their debut is a golden, creamy custard snowskin mooncake.

For those who seek something slightly different yet familiar, the pandan snowskin mooncake is another crowd-pleaser.

You can buy these flavours separately or as a box of assorted flavours. The mooncakes are also presented in an elegant box that is great for gifting.

What is the Mid-Autumn Festival?

Falling on the 15th day of the eighth lunar month of the Chinese calendar, the Mid-Autumn Festival, or the Moon Festival, is deeply ingrained in traditional Chinese culture.

This year, the Mid-Autumn Festival will be celebrated on Tuesday, September 21.

Traditionally during this time, family and friends would come together to celebrate and give thanks to the moon for their successful crop harvest.

The advent of fall ushers in various seasonal foods – from apple cider donuts and pumpkin spice Oreos to sweet potato pie – and for many Asians, it also means the arrival of the ubiquitous mooncake.

Mooncakes are a type of snack or dessert pastry with a sweet or savoury filling. These modish bites are eaten around the time when the moon is supposedly at its fullest and brightest.

They’re given as gifts to family members and friends, a traditional gesture that accompanies family gatherings and celebrations.

Mooncakes are also eaten in small wedges and are best enjoyed with a strong, palate-cleansing cup of Chinese tea.

The limited-edition mooncakes are available exclusively at Yauatcha Riyadh.