He’s been a world-renowned DJ for decades. And now, the winner of DJ Mag’s Top 100 DJs is in Riyadh for his brand-new residency.

The dance music superstar will also headline a series of exclusive events on November 19 and November 26 in various locations around Riyadh.

A limited number of tickets will be available for each show, and venues for the last two performances in November will be announced soon.

Guetta will then conclude his residency in the Kingdom with performances at the inaugural Saudi Arabian Formula 1 Grand Prix and SoundStorm next month. 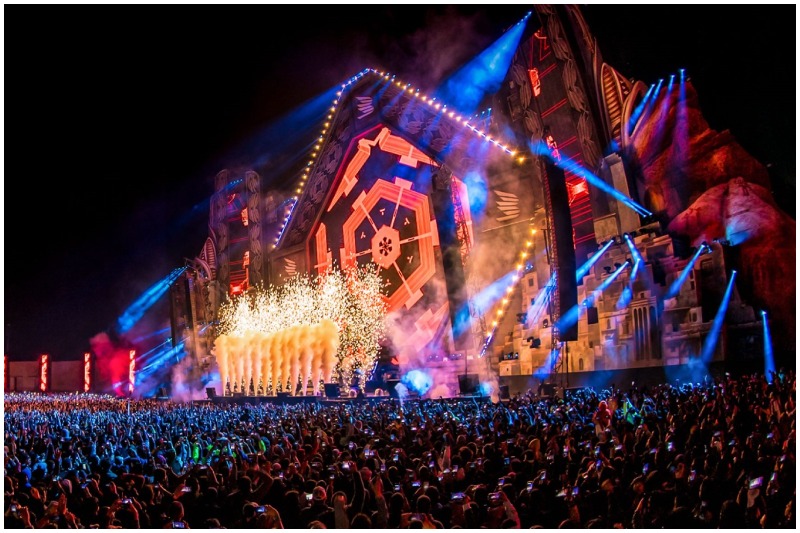 Saudi Arabia: The hub of electronic dance music in the region

The news was confirmed by MDLBeast, the Middle East’s largest and most prolific entertainment company. They’re the masterminds behind Saudi Arabia’s largest music festival, SoundStorm, scheduled for December 16 to 19.

Guetta’s residency in Riyadh arrives alongside the launch of MDLBeast Presents, a new arm of the entertainment juggernaut established to amplify the regional music scene through concerts, events, and experiences.

MDLBeast to host the first music conference in Riyadh
MDLBEAST’s flagship music festival is back. Catch the first tickets

“Building the music scene in the Kingdom is central to our plans at MDLBeast, and we aim to bring over the world’s best music icons to deliver genuine world-class entertainment. With the launch of MDLBeast Presents, we are renewing our commitment to producing incredible events and truly memorable experiences for music fans in Saudi Arabia and the region,” said Talal Albahiti, COO and head of talent booking and events at MDLBeast.

“David Guetta is just as popular in Saudi Arabia as he is anywhere else in the world, as he’s such a global sensation. His events in Riyadh will be much anticipated by electronic dance music enthusiasts and all music lovers,” he added.

In the meantime, get your tickets to watch David Guetta perform at SoundStorm on December 16 to 19. Martin Garrix, Tiësto, deadmau5, The Chainsmokers, and many more electronic music superstars will also perform at this year’s edition as part of a jaw-dropping line-up.