The next time you find yourself at The Zone, make a stop at % Arabica for coffee…

So, when it’s made official that this sleek Japanese speciality coffee shop is making its way over to the Kingdom, this comes as a massive deal for the coffee connoisseurs among us.

It is the brand’s 108th retail shop to date, adding to company-operated and franchise locations in 18 countries throughout Asia, Europe and the Middle East.

The household coffee shop from Kyoto sets the scene with a concise selection of coffee brews in a futuristic yet minimalistic setting – a trademark of the global brand since its inception in 2014.

Based on the photos posted on its Instagram, the new flagship is decked out in its signature gleaming white, as designed by renowned Japanese interior architecture firm Nomura Kougeisha.

We’re also expecting elements drawn from % Arabica’s other stores, such as mirrored ceilings to further amplify its futuristic feel, bone-white counters and of course, the signature coffee machine, a customised Slayer Espresso, as the star of the show.

7 brilliant things to do in Riyadh this weekend: November 11 to 13
8 new coffee shops in Riyadh with amazing vibes 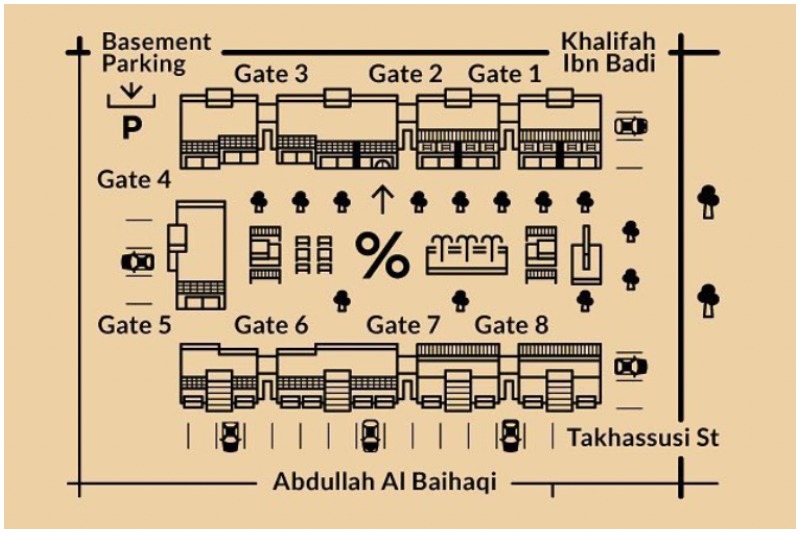 Plus, the coffee is as serious as the aesthetic is cool. % Arabica roasts its own beans, and founder Kenneth Shoji has visited each supplier to select the beans for the space personally.

While offerings may not be a spread, % Arabica turns to perfecting a lasting quality instead, which has successfully captured a global following with its strong brand identity.

So, make a stop at % Arabica at The Zone, and go classic with a flat white or an espresso macchiato.