Nouf Sufyani, who goes by her stage name Cosmicat, is leading the way for female DJs in Saudi Arabia. Born and raised in Jeddah, Cosmicat has always had a strong passion for music in a world where it was considered taboo.

But, fast forward a few years, she is already making a big name for herself at a promising time, having released her first-ever single. The release of “Toxic Romance” showcases how persistence, hard work, and never losing hope can lead to dreams coming true. 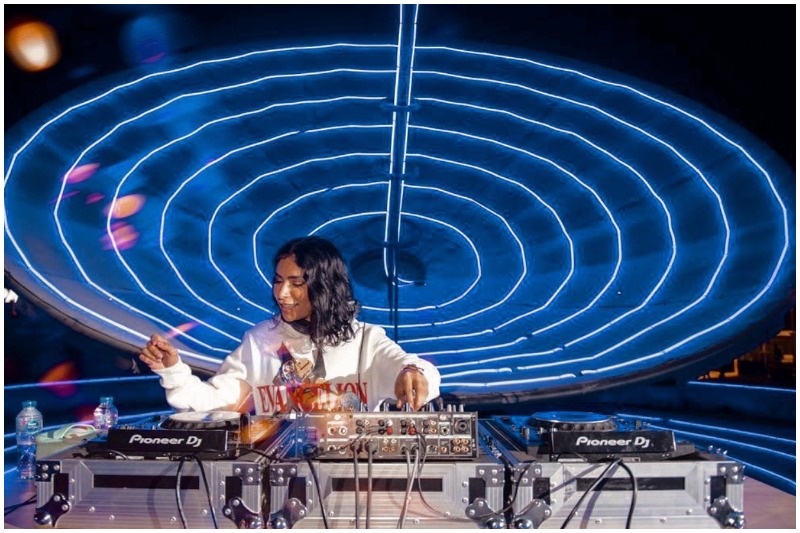 What’s On caught up with Cosmicat to see what it’s like being at the forefront of female representation in the electronic music scene and what’s next as she establishes herself among Saudi Arabia’s most exciting rising artists.

What’s On: How and when did you decide to get into music?

Cosmicat: I started as a music lover and a collector, but it was only up until four years ago when I began working on stepping up my skills. I bought my first set of gear online and started DJing in my bedroom, using my innate understanding of music flow and online resources to teach myself. Then, towards the end of 2019, I decided to pursue my career in music full-time and quit my job as a dentist. Never been happier since.

WO:  How would you describe the music that you make?

C: I’m still experimenting and exploring my production sound, as the music I play is slightly different from the music I make. My style will develop over the years, so I’m excited for what’s to come, but I’m a fan of melodic and progressive house music. During my sets, I love to play and listen to melodic house that is futuristic and emotional and all types of things that make you move your feet.

WO: Who are the artists that inspire you?

C: On an international scale, I’m in love with Nicole Moudaber as a female artist with roots from the region. I’m also a huge fan of other incredible female artists in the electronic music scene, such as Eli & Fur, Maya Jane Cole, Nina Kraviz, Yaeji and many others. Finally… who doesn’t admire Queen B? Been a fan of Beyonce for as long as I can remember.

WO: What has been the most challenging part of pursuing a music career in Saudi Arabia? If so, how did you deal with it?

C: The most challenging part is thriving in a male-dominated industry, which is also quite niche. This isn’t the case only in the region, but worldwide. People don’t realise how much work needs to be put in, how much work it takes to keep your music library updated, to prepare your sets, create social media content, produce music, and the list goes on. It’s a job that requires an entire team. The key point here is to stay organised, focused and plan three steps ahead of everything. 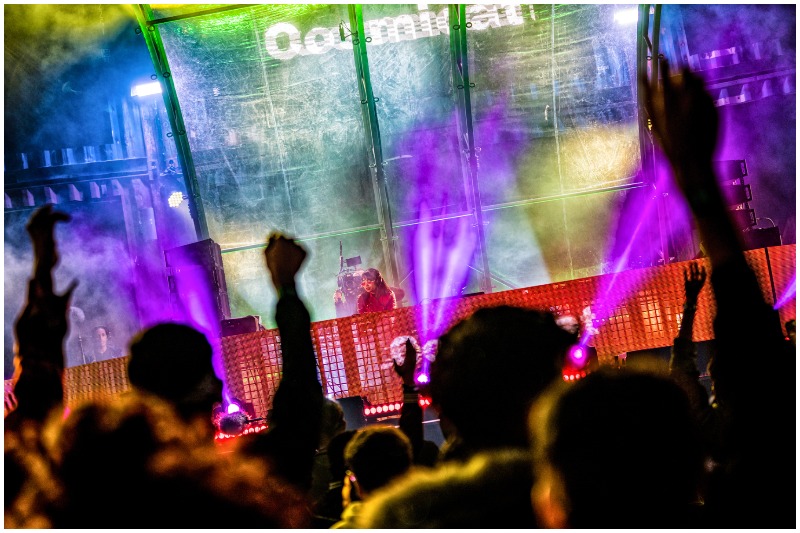 WO: What does it mean to you to be standing on the edge of history and to be performing at the region’s largest music festival?

C: A moment of pride. I’m truly honoured for this opportunity, and I’m working hard on exceeding all expectations. As a local talent, we’ve got a huge opportunity now and can see many artists rising to the surface and getting the recognition they truly deserve. MDLBeast is a gamechanger for the music industry in Saudi and the region, and it’s all very exciting.

WO: What are your latest releases, and what are the stories behind them?

C: My latest release is my single “Toxic Romance”, which I released with MDLBeast Records. When I was working on it, all I had on my mind was that I wanted to create the sound I love. It got me romanticising about my relationship with it, as it’s a human being; how it was there for me every time I needed it or how I always come around to seek and chase it. It’s available on all major music platforms for listening.

WO:  Aside from music, are there any other creative means that you use to express yourself?

C: Of course, I like to draw and paint; it was the first form of art I learned as a child. I enjoy working with my hands and doing different types of art.

WO: Tell us more about your upcoming single. What should fans expect?

C: I plan to release an EP soon with about three to four tracks. It’ll be focused on my emotional journey, but it’s still a work in progress. So, stay tuned…