8 things to look forward to in Saudi Arabia this February

Desert polo, WWE and the Saudi Cup are all returning…

It’s set to be a huge month for sports fans in Saudi Arabia this February. First up, there’s the first ever National Golf Week, with seven-day of events taking place across the Kingdom. Then later this month, you can look forward to the return of WWE as the Elimination Chamber comes to Jeddah, the Richard Mille Desert Polo will take place in AlUla, plus the world’s most valuable horse race takes place as February concludes.

Here’s 8 things to look forward to in Saudi Arabia this February.

Until February 6: Work on your swing at National Golf Week 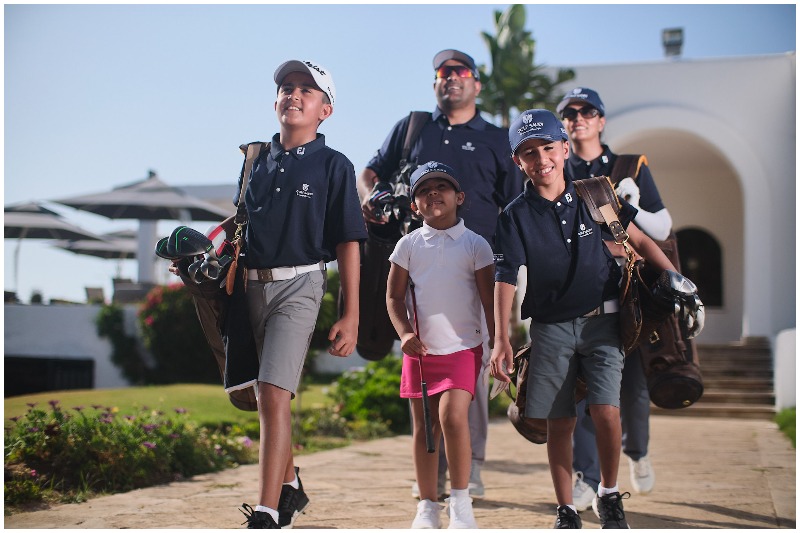 Golf Saudi is hosting its first National Golf Week, with seven days of golf-driven events to take place throughout the Kingdom from January 30 to February 6. From a schools’ championship for up-and-coming junior golfers and a kids’ golf art competition to free individual and group lessons, here are five key features of Saudi Arabia’s inaugural National Golf Week. Interested in playing golf? Enjoy complimentary golf lessons as golf clubs across the Kingdom welcome new and existing golfers. Participating golf clubs include Riyadh Golf Club, Dirab Golf & Country Club, Nofa Golf Club, and Arizona Golf Club in Riyadh, Saffa Golf Club for King Abdullah University of Science and Technology’s (KAUST) residents and employees, as well as Rolling Hills Golf Club in Dhahran (available only to employees and stakeholders associated with the club). The week-long schedule builds up to the landmark 2022 Saudi International, held from February 3 to 6 at Royal Greens Golf and Country Club in King Abdullah Economic City (KAEC), near Jeddah. There is plenty to attract golf fans and casual observers with major attractions on the course and off it. Tickets for the 2022 Saudi International can be purchased here.

Throughout February: Check out a new, authentic Spanish eatery 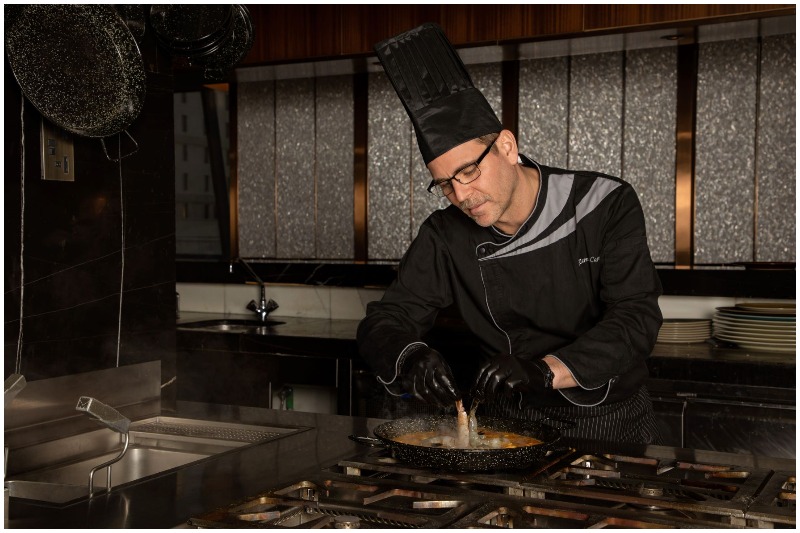 A one-of-a-kind desert polo event is among the world-class equestrian events taking place in AlUla this winter season, and it returns this February. The third edition of the Richard Mille AlUla Desert Polo takes place on Friday February 11 and Saturday February 12, and is the only modern polo tournament in the world to be staged in a desert environment. The event will see four teams compete in a purpose-built desert arena, set close to Saudi Arabia’s only UNESCO World Heritage Site, Hegra. The teams will each be lead by a player from the famed La Dolfina Polo team, with teams made up of invited patrons and professional players drawn from the global polo community.

Saturdays in February: Enjoy a flight through fine Greek fare at this Saturday brunch If you love brunching as much as you love music, then there’s only one place to head on Saturdays this February. Meraki has launched an exclusive weekend dining concept, the Garden Brunch. Taking place weekly from 1pm to 4pm, the Saturday Garden Brunch is all set to shake up Riyadh’s brunch scene. You can look forward to live entertainment and enjoy Meraki’s mouth-watering dishes in a chic and vibrant atmosphere. Before we forget to mention the food entirely, guests can enjoy a five-course menu featuring 20 dishes that showcase Chef Athinagoras’ take on contemporary Greek cuisine. And the selection won’t disappoint. Oh, and did we mention that the brunch items are aesthetically pleasing, too? In line with the Garden Brunch theme (and to help brighten your palate), brightly-hued edible flowers are the garnish de rigueur on your colourful plates. 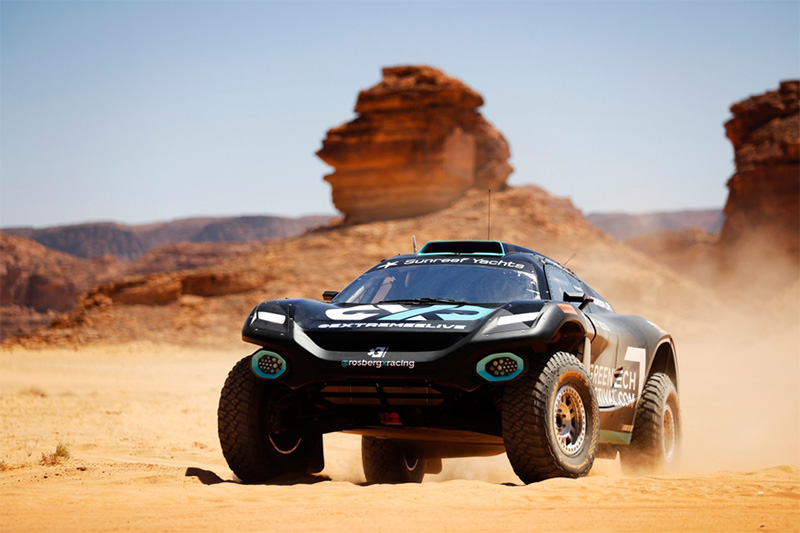 Extreme E, the pioneering electric SUV off-road racing series kicks off a brand new series Neom on February 19. The inaugural season of the electric SUV series began in AlUla in April last year, then heading to four destinations around the world. The second series will begin in Neom, before heading to Italy, Chile and Uruguay. The Extreme E championship takes place in off-road locations as part of its mission to drive awareness of climate change issues such as global warming, melting ice caps, rising sea levels, wildfires and extreme weather, while promoting sustainability and the adoption of electric vehicles to help protect the planet. 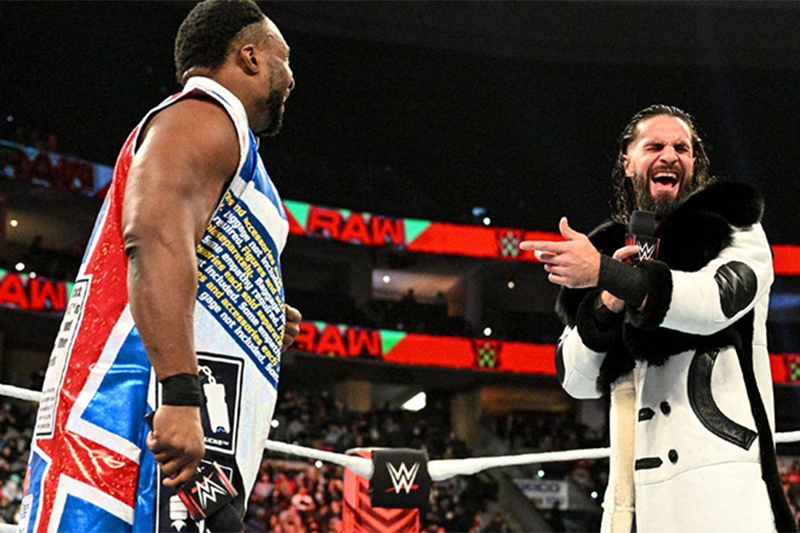 WWE is bringing the Elimination Chamber to Jeddah next month. On Saturday February 19, the annual Elimination Chamber event will be held at the Jeddah Superdome, recognised as the world’s largest pillarless Superdome. Few details have been given about the event thus far – including who might take part in the elimination matches – although more information is expected in the coming weeks. This marks the seventh pay-per-view event that WWE has held in Saudi Arabia since it began hosting events in the Kingdom in 2018. In November 2019 WWE announced an expanded partnership with Saudi General Entertainment Authority that would bring large scale events to the country through until 2027. 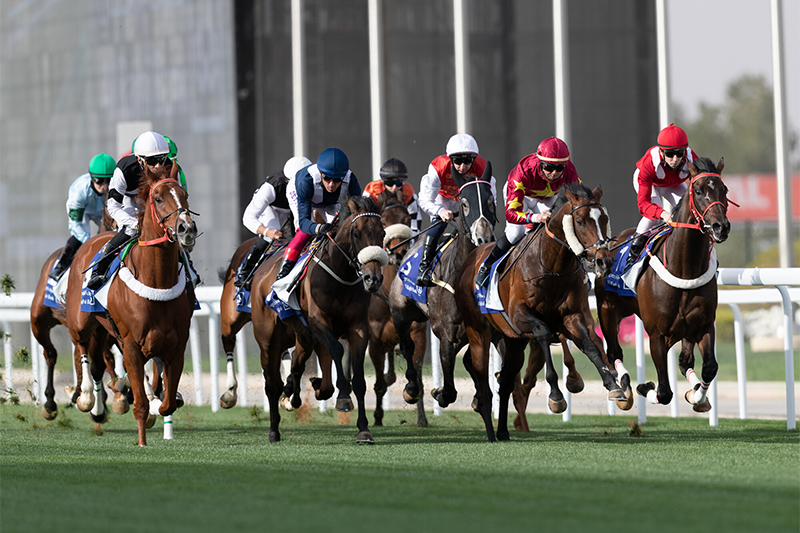 Now recognised as the world’s most valuable horse race, the third edition of the Saudi Cup will take place over a two-day event on February 25 and 26. The first ever Saudi Cup meeting in 2020 featured 22 Group or Grade 1 winners, who had accumulated 34 wins at that level between them, and a similar calibre is expected at the 2022 edition. Running as a Group 1 event for the first time in 2022, as well as five Group 3 races on the undercard. The event is held at King Abdulaziz Racetrack in Riyadh, with tickets on sale soon.

Until February 28: Have a smashing time at a culinary pop-up in the desert

It’s your last chance to dine on dishes from some top international restaurants this February during the final month of Oasis Riyadh. Among them is Dubai’s beloved Greek dining concept, OPA. In signature Opa style, the venue features charming white interiors, traditional music of the islands, plus Zorba dancing and Greek plate smashing. The flavourfully diverse menu will feature some of OPA’s most renowned dishes, like a buttery Kleftiko – a braised lamb shoulder; OPA salad; fresh fish dishes and traditional Hellenic pastries.