Get excited foodies, Riyadh has a chic new restaurant to check out, and if you’ve dined in London you’ll likely know the name. Crazy Pizza is an energetic Italian restaurant that promises theatrical pizza twirling, stylish interiors, and some of the best thin crust pizza you’ve ever eaten – and it’s just landed in Saudi Arabia.

The restaurant, which hails from Porto Cervo, has opened its doors on Riyadh’s Tahliya Street, just around the corner from upscale hotspots Roka and Coya. Riyadh is the seventh location for Crazy Pizza, joining outposts in London’s swanky districts of Marylebone and Knightsbridge, as well as Italy’s fashionable cities of Milan and Rome.

So what makes Crazy Pizza so special?

Well, as the name might suggest this new restaurant is all about pizza, crazy thin, yeast-free crust pizzas, all made from a secret recipe. A quick glance at the menu shows wood-fired pizzas come with tasty toppings like truffle, burrata and zucchini flowers.

But if this new spot’s signature doesn’t steal a pizza your heart, there’s plenty of other options packed onto the menu. Starters include beef carpaccio, focaccia and crazy shrimps, as well as colourful Nicoise, Ceasar and avocado prawn salads. 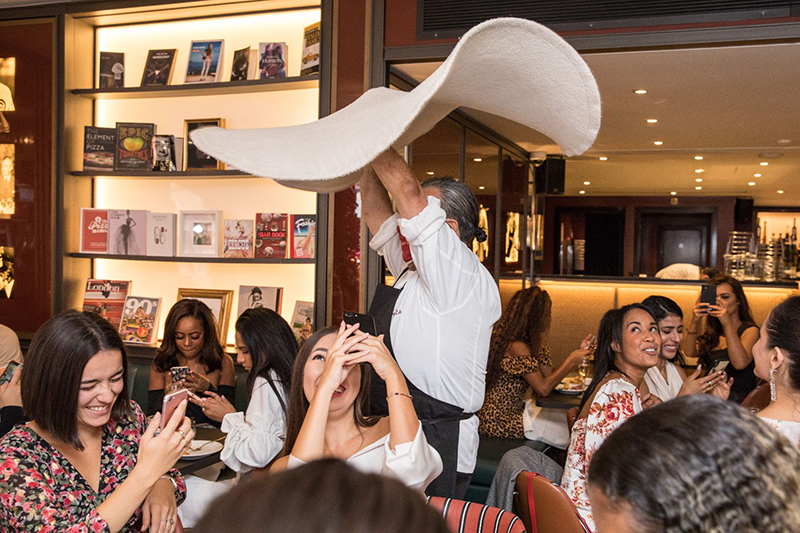 If it’s anything like its outposts in London, we’re expecting energetic pizza spinning shows while waiting for our pizzas to arrive on the table, DJ sets, and an ultra-Instagrammable terrace.