10 things to look forward to in Saudi Arabia this December

…and just like that, we’re approaching the last month of the year. Want to know what the new month has in store? We promise you so much more fun as we usher in December – whether it’s the loudest and biggest music festival, a glamorous film festival, a new independent arthouse cinema, or an epic tennis tournament.

Read on for ten unmissable events happening across Saudi Arabia this December.

December 1 to 3: Gear up for the loudest festival in Riyadh at MDLBeast SoundStorm

SoundStorm 2022 will bring three incredible days of music, entertainment and dancing. This year’s edition will be headlined by its diverse genre, with the participation of some of the world’s best-selling artists – including Bruno Mars, DJ Khaled, Marshmello, Busta Rhymes and Fat Joe – ensuring a variety of styles for all festivalgoers to enjoy. Meanwhile, Arabic music lovers will revel in performances by Egypt’s Hamaki, Amr Diab, and Mohammed Ramadan, as well as Lebanese superstars Nancy Ajram and Myriam Faris, and iconic Saudi Arabian singer Rabeh Saqer. You’ll also see street performers and dancers all around the festival grounds.

For one week only, the swanky fine dining venue Billionaire Riyadh presents La Dolce Vita. Enjoy an exquisite dining experience of Italian and new-Asian dishes with an innovative live show that brings together music, dance, food, and drink in one glittering package.

December 1 to 10: Glam up for the Red Sea International Film Festival

Film lovers, the second edition of the highly anticipated Red Sea International Film Festival (RSIFF) returns to Jeddah at The Ritz-Carlton hotel from Tuesday December 1 to Saturday December 10. About 131 features and short films from 61 countries in 41 languages will be presented throughout the 10-day-long festival, 34 of which will be making their world premiere, in addition to 17 Arab premieres and 47 MENA premieres. The festival will kick off with Indian director Shekhar Kapur’s rom-com ‘What’s Love Got to Do with It?’ on RSIFF’s first night, while ‘Valley Road’, directed by award-winning Saudi writer and director Khaled Fahd, will wrap up the cinematic event. The festival will also invite industry-recognised individuals to connect, support, and provide insight to the next generation of trailblazing talent. This year’s In-Conversations program will include talks from Tunisian filmmaker Kaouther Ben Hania, Egyptian actors Mona Zaki and Hussein Fahmy, ‘Bend It Like Beckham’ director Gurinder Chaddha, as well as German filmmaker Fatih Akin.

December 3 & 10: Get in on the magic and join the ‘Alice in Wonderland’ adventure 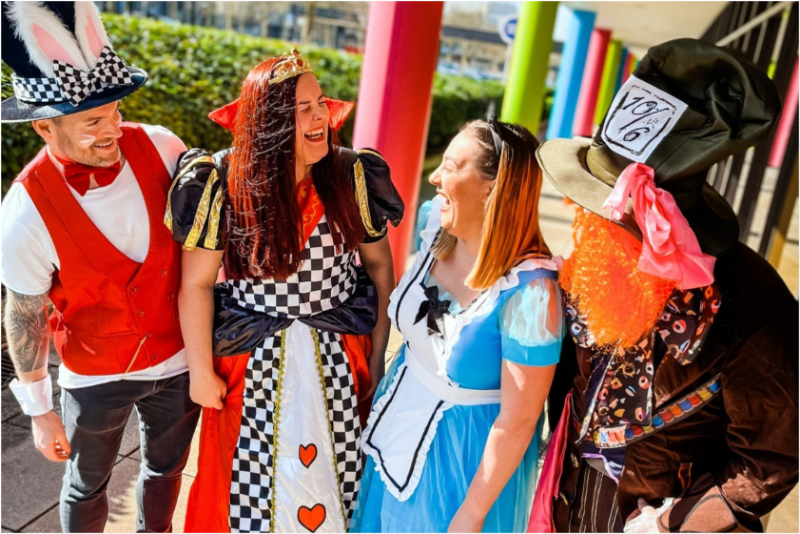 For one day only, the cities of Jeddah and Riyadh will transform into a giant, escape-room-style experience on December 3 and 10, respectively. Join Alice in Wonderland and enter a topsy-turvy world of adventure and see if you can make it out of Wonderland’s “curioser and curioser” realities just like Alice did. In teams of up to six players, you must find a way to save Alice from the Queen of Hearts. Players will encounter challenges along the way – in the form of games but also escape room-style encounters. Participants can start anytime between 9am and 2pm. Entirely self-guided, it’s a puzzle-solving experience which unfolds exclusively via the CluedUpp app. Keep in mind that it’ll take about two to three hours to get all the clues, tackle all the challenges, and try to save Alice, so you’ll want to ensure you have enough time to get to everything.

December 4 onwards: Make your way to At-Turaif and Bujairi Terrace in Riyadh’s Diriyah

The long-awaited and ambitious dining destination Bujairi Terrace opens to the public on Sunday December 4, alongside the Unesco World Heritage Site At-Turaif in Diriyah. Visitors will be able to walk through a vast heritage site of restored mudbrick palaces, mosques, former defensive towers, and curated galleries that tell the definitive story of Saudi Arabia’s formation and the rise of the Saudi dynasty. Meanwhile, at Bujairi Terrace, diners can expect more than 20 world-class restaurants, including several Michelin-star restaurants, brands making their international debut, and homegrown venues serving Saudi cuisine. 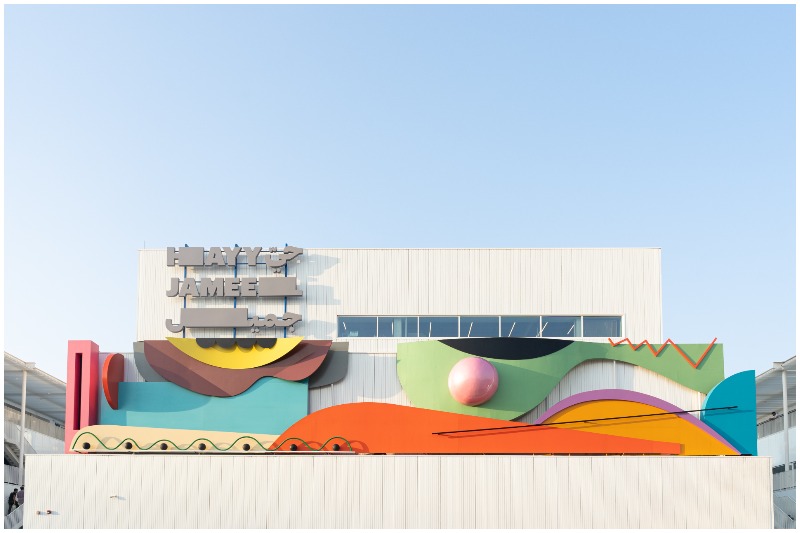 Jeddah’s dedicated multi-disciplinary arts complex, Hayy Jameel, launches Saudi Arabia’s first independent picturehouse. It will show films from the Kingdom, the Arab world and further afield that would not necessarily get screened in multiplexes to offer audiences in the Kingdom something new. In addition, the audio-visual complex boasts a 168-seat theatre, a 30-seat community screening room, a multimedia library, and an educational exhibition space. As part of its official opening, Hayy Cinema’s opening programme will feature Egyptian master Youssef Chahine’s groundbreaking films on his approach to filmmaking during the 1970s through to the late 80s, and you can also check out an archival exhibition that highlights renowned photographer Gamal Fahmy’s contribution to the revolutionary force of filmmaking in the region.

December 5 to 10: Ignite your creativity at Riyadh’s Misk Art Week

Get ready for a week of unparalleled artistic experiences and connect with artists, designers, and subject-matter experts. From video works to paintings, textile-based art and installations, the art on show aims to showcase the region’s thriving art scene and the best Saudi Arabia has to offer. Look forward to a host of dynamic and engaging activities suitable for all ages and a range of carefully programmed talks, masterclasses, workshops and performances.

The world’s best tennis players will return to the Kingdom following the inaugural Diriyah Tennis Cup in 2019 in Riyadh. This year’s Diriyah Tennis Cup will see 12 world-class players compete for the title in the breathtaking setting of At-Turaif, the Unesco World Heritage site in Diriyah. In addition to the singles tournament, the event will also include a doubles tournament for the first time. Tennis fans will have the opportunity to enjoy these exciting matches and unique experiences with some of the world’s top tennis players throughout the three-day tournament.

December 15 to 17: Be a part of Riyadh’s very first edition of Modest Fashion Week

Global Modest Fashion Weeks finally arrive in Saudi Arabia with Riyadh Modest Fashion Show at the iconic venue of the capital city, Al Faisaliah Hotel. Dedicated to the modest fashion industry, it will be held in Riyadh for the very first time this year. Global Modest Fashion Weeks exclusively select about 35 designers from 20 countries who will come together to celebrate the diversity of fashion with fashionistas, industry experts and more than 2,500 modest fashion lovers. Parade shows will also feature the latest modest trends from around the globe. Be sure to register on their website to grab yourself an exclusive invite.

December 22 to January 21: Celebrate art, culture and music at Winter at Tantora

AlUla will see the return of Winter at Tantora, the region’s longest-running festival that features the best of fine arts, music, fashion, and food. The name comes from a sundial, culturally significant to the people of the region, who relied on it to tell the time and celebrate the return of the planting season at the beginning of winter. This year, visitors can look forward to events and activities, such as a hot air balloon experience, AlUla’s first-ever food festival at AlUla Oasis, exciting luxury retail pop-ups at Ashar Valley, and live performances by The Saudi National Music Band taking place on the different balconies of AlJadidah’s urban heritage buildings.