Be right back; we’re packing our bags…

AlUla airport has started flight operations, and you can now get to AlUla with a direct flight from Riyadh in about two hours with flynas. The historical city is the latest addition to flynas’ domestic network. 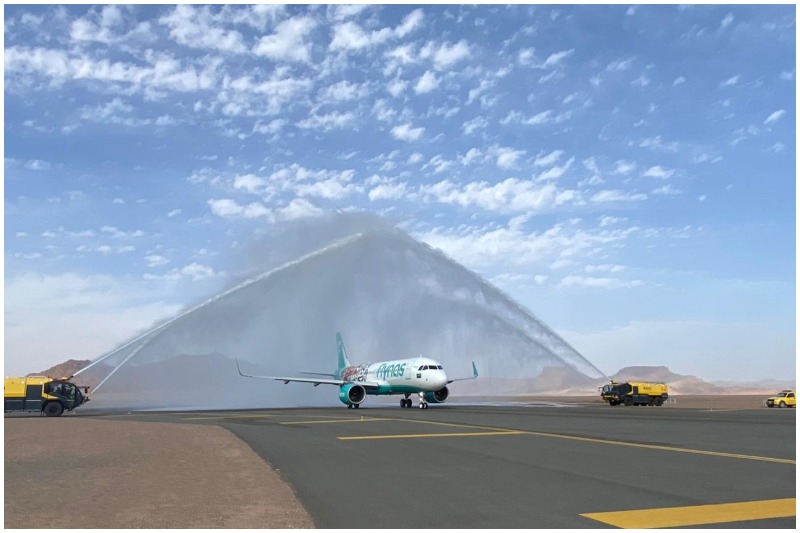 flynas will operate two weekly flights between Riyadh and AlUla on Wednesdays and Saturdays. The new route utilises flynas’ A320 neo aircraft, bearing the Design of ‘Year of Arabic Calligraphy’ as part of flynas’ contribution to the Ministry of Culture’s initiative.

flynas flew its inaugural flight on Wednesday, March 17. Upon its arrival at AlUla International Airport, the aircraft was received by a delegation on behalf of the Royal Commission for AlUla (RCU) and some of the airline’s affiliates.

Commenting on the inauguration of the first flight to AlUla, flynas’ CEO, Mr Bander Almohanna, extended his gratitude to the General Aviation of Civil Authority (GACA) and the RCU for their efforts and collaboration with flynas.

“flynas has been keen on offering the best service for travellers interested in visiting this unique historical city, per the airline’s overarching strategy that aims to take travel in the Kingdom to the next level, in both services and cost. This serves to transform the Kingdom to an international touristic destination, in alignment with Saudi Vision 2030.” 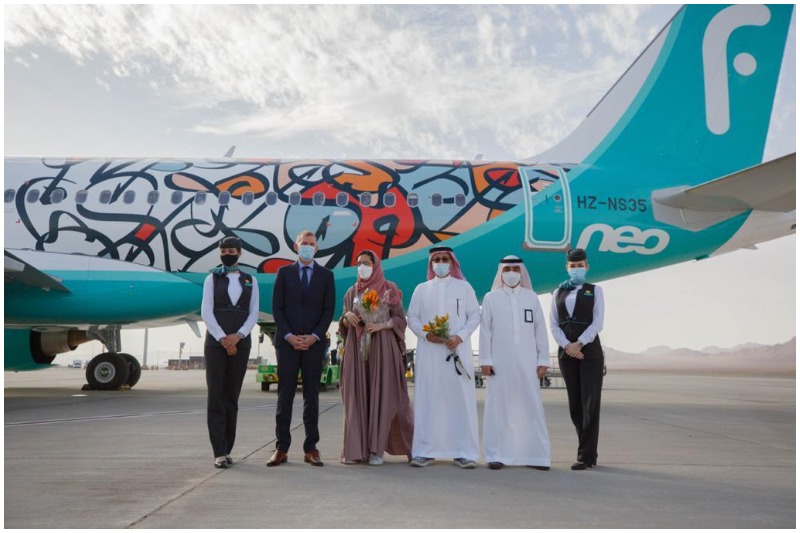 Phillip Jones, chief destination management and marketing officer at RCU, said, “We welcome flynas to AlUla and look forward to more domestic flights with flynas from other destinations in the Kingdom. AlUla is a place like no other in the world, and we encourage residents of the Kingdom to experience their unique culture and heritage now while they have the destination to themselves.”

He added, “With the recent renaming of AlUla International Airport, we are preparing to open up to international tourism and cement AlUla’s position as a globally significant UNESCO destination, but with a modern and future-focused take on tourism.”

Located about 1,100 kilometres from Riyadh, AlUla is home to Hegra, Saudi Arabia’s first Unesco World Heritage Site and the main southern city of the Nabataean Kingdom. AlUla Old Town also reopened to visitors this month, for the first time in three years. Dating back to the 12th century, the heritage site is best known for its mud-brick buildings.

News
EDITOR’S PICKS
New eVisa scheme for tourists arriving into Saudi Arabia
READ MORE
AlUla Wellness Festival is returning: here's all you need to know
READ MORE
10 of the best mocktails in Riyadh you need to try right now
READ MORE
The most romantic restaurants in Jeddah
READ MORE
MOST POPULAR
6 fantastic things to do in Jeddah this weekend: November 24 to 26
10 wonderful things to do in Riyadh this weekend: November 24 to 26
Saudi Arabia's first-ever JW Marriott hotel opens in Riyadh
Anghami Lab: A new rooftop entertainment venue opens in Boulevard Riyadh City
Public holiday declared in Saudi Arabia after World Cup win
YOU SHOULD CHECK OUT