Live music is back on the menu in Jeddah…

Live music has been sorely missed in Jeddah recently, but The Music Space is set to change that.

The idea for the venue came when a group of friends felt that Jeddah needed an option as good as the live music they’d seen outside Saudi Arabia. The cosy and warmly-lit venue has an open platform stage with seating on three sides. Large cushions and comfortable armchairs line the seating area, while upstairs, there’s a balcony area that offers a view of the entire stage. 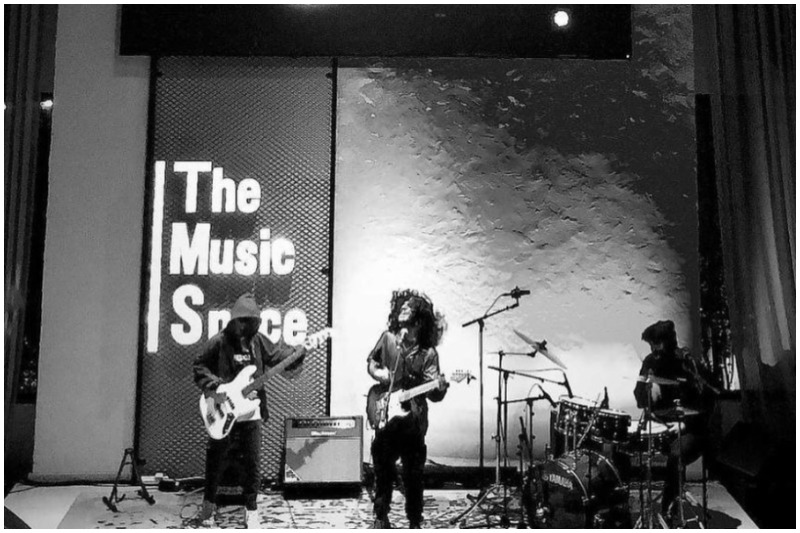 A menu of dishes including healthy salads, juicy burgers, tasty desserts, and coffee is available for purchase during intervals. Unfortunately, the venue doesn’t allow cameras or shisha, so that the focus of the guests is placed entirely on the performers and the music.

At its core, The Music Space wants to support the up-and-coming music scene in Saudi Arabia, but you can also expect a lot of regional musicians in the lineup from time to time.

The venue is just a few months old but has already hosted some excellent musicians, including Hamza Hawsawi, winner of X-Factor Arabia 2015.

Local star Shahrayar – a Jeddah-based singer and songwriter who plays bluesy-pop songs – performed at the venue earlier this month.

A post shared by TMS | The Music Space (@tms.ksa)

A post shared by TMS | The Music Space (@tms.ksa)

If you haven’t heard of Ana N7N, it’s time you did. With powerful vocals and outstanding songs, they are one of alternative rock music’s most exciting bands in the scene. Ana N7N is performing tomorrow, September 16, and they are looking forward to live playing their last show before their new song comes out later this year.