Saudi Arabia will celebrate its 91st annual National Day on September 23, commemorating the birth of the modern Saudi nation…

National Day is just around the corner, and that means we are getting a long weekend.

Saad Al-Hammad, a spokesman of the Ministry of Human Resources and Social Development (MHRSD), announced on Twitter that Thursday, September 23, is a public holiday for public and private sectors.

For those who usually have Friday and Saturday off, it’ll be a three-day weekend for most of us.

The Kingdom of Saudi Arabia celebrates its founding anniversary each year on September 23.

The theme and slogan for this year’s National Day are “Heya Lana Dar”, which means “Saudi is Our Home”. It is inspired by traditional Saudi poems and folk songs about home and appreciation for the things that make Saudi Arabia feel like home to so many people. 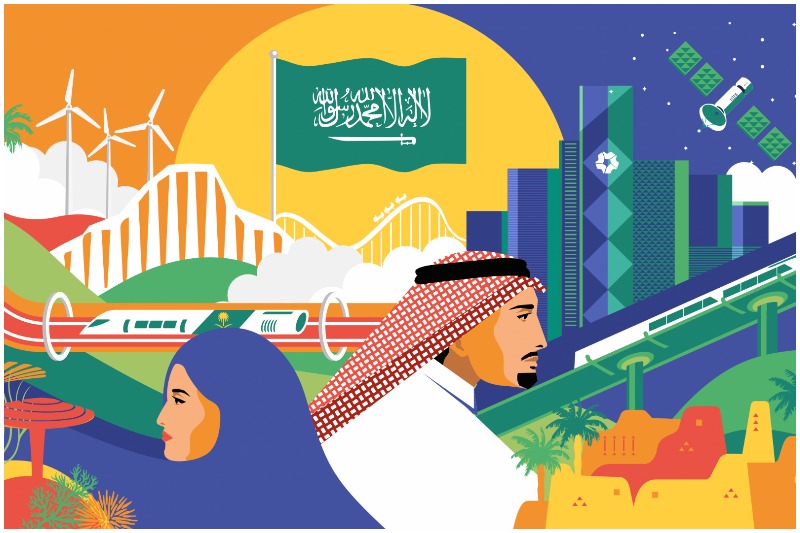 Celebrate National Day with a run around Jeddah Waterfront
The Flowerman Festival kicks off, celebrating Saudi's ancient tradition
Coming soon: The return of Riyadh Season and what we know so far…

The identity of the 91st National Day was designed to match the Kingdom’s Vision 2030 with stunning colours and messages. Green is included in every decoration set up for this day, representing the colour of the country’s flag and reflecting the symbolism of the colour in Islam.

Expect to see the roads, public and private buildings throughout the country adorned with the Saudi flag.

No specific activities or events have been disclosed by the Saudi government yet.

But, the ministry has issued guidelines ahead of the extended break, which citizens and residents are urged to follow. These include maintaining compliance with precautionary measures and preventive protocols against coronavirus when holding in-person events and programs.

Be sure to stay tuned for all there is to do for this year’s Saudi National Day.

Culture
Holiday
News
EDITOR’S PICKS
10 things to look forward to in Saudi Arabia this December
READ MORE
Instagrammable café EL&N opens its newest branch in Riyadh Front
READ MORE
Saudi Arabia's first-ever JW Marriott hotel opens in Riyadh
READ MORE
Epic Andy Warhol exhibition coming to AlUla Arts Festival 2023
READ MORE
MOST POPULAR
Pack your bags for a beach getaway at Th8 Palm in Dubai
8 wonderful things to do in Riyadh this weekend: December 8 to 10
Balad Beast is coming to Jeddah this weekend: here's all you need to know
These 3 Red Sea resorts will open in May 2023
6 incredible things to do in Jeddah this weekend: December 8 to 10
YOU SHOULD CHECK OUT