Culture
Things to do

It is one of the oldest standing structures in the city…

If you are looking to explore some of Jeddah’s history, the Makkah Gate (or Bab Makkah) is a fantastic place to start. Here are five reasons why you should pay it a visit…

1. It used to be part of a massive wall that surrounded Jeddah

Jeddah has been around for a very long time and has served two very important purposes: first, as the main seaport for the region; and as the port of entry to Makkah for religious pilgrims. At one point, its people built a huge wall to protect themselves from outside invasions with two doors on either side, one on the side facing Makkah and the other facing the sea. Bab Makkah, as the name suggests, is the former. Over the years, and as Jeddah grew, most of the wall was broken down. Only a few parts of it, including Bab Makkah, remain today.

2. It is the oldest of the seven gates

Originally, the wall had six towers with a gate each that faced different directions. Many years later, a final gate was added. You will find all of these gates still standing in various parts of the city, even though the wall between them has since been removed.

3. It is next to a sprawling souq 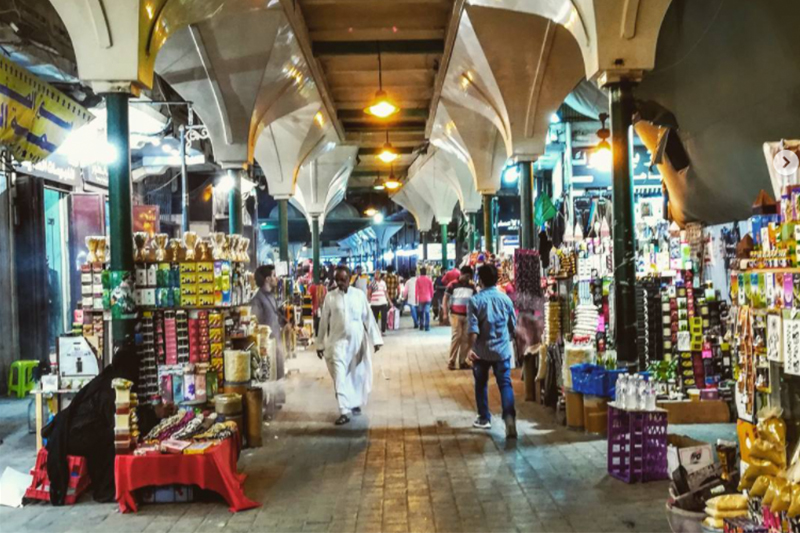 The gate now stands at Historic Jeddah, the last remaining of one of the older settlements that hasn’t changed much over the decades, unlike the rest of the city. The ensemble of traditional buildings have now been converted to an open-air market with small shops, stalls, and carts that cater to visitors.

4. It is part of a UNESCO World Heritage Site

5. It is a great place for photography

Not only is the gate a beautiful sight, the architecture of Historic Jeddah is like no other.

Culture
Things to do
EDITOR’S PICKS
10 things to look forward to in Saudi Arabia this December
READ MORE
Instagrammable café EL&N opens its newest branch in Riyadh Front
READ MORE
Saudi Arabia's first-ever JW Marriott hotel opens in Riyadh
READ MORE
Epic Andy Warhol exhibition coming to AlUla Arts Festival 2023
READ MORE
MOST POPULAR
6 incredible things to do in Jeddah this weekend: December 8 to 10
Experience the magic of the festive season at LPM Riyadh
Get your tickets for Imagine Dragons concert in Riyadh
First Look: Brunch & Cake opens in Bujairi Terrace in Diriyah
NEOM: A new luxury island destination is coming to the Red Sea
YOU SHOULD CHECK OUT