Riyadh Season 2 will open with a giant performance by Pitbull

Riyadh Season begins on October 20 and continues until March 2022…

With just a week to go, the launch of Riyadh Season 2021 is almost upon us.

Hundreds of performers and floats are set to participate in an opening parade and carnival to officially launch the season on October 20.

But here’s another big news. The Kingdom is gearing up to welcome back “Mr. Worldwide” as Pitbull will also kick off the festival with a live concert.

For the Miami rapper – who has penned hits such as “Don’t Stop the Party”, “Timber”, and “Give Me Everything” – his performance will be his third appearance in the Kingdom.

That’s not all, though. Expect other surprise performances from international artists who will join Pitbull on stage.

So, who will be the surprise? It may still be under wraps for the opening day of Riyadh Season 2021, but it is a lot of fun to think about. Watch this space for more details.

Yes, that’s the theme of this year’s event. And as you can imagine, some very big things are still in the works.

Turki Al-Sheikh, chairman of the General Entertainment Authority (GEA) and chairman of Riyadh Season, revealed during a press conference that the second edition of the Riyadh Season features about 7,500 activity days, running concurrently. 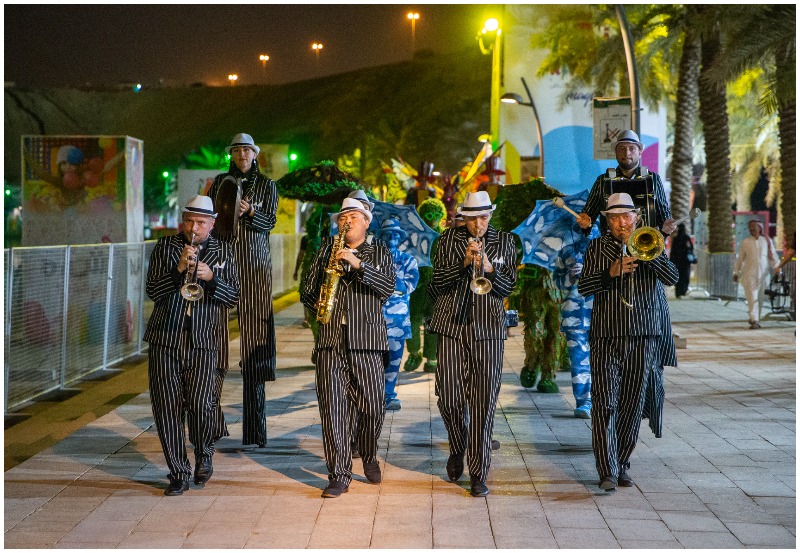 The activities will be held on a total area spreading over 5.4 million square meters, covering 14 zones in Riyadh, including Boulevard.

The first zone will open on October 21. Entry to four event zones will be free of charge, while the fee will differ for each of the remaining zones.

The dazzling event, the largest of its kind in the Middle East, is expected to draw as many as 20 million visitors.

Celebrities
Culture
Events
News
Things to do
EDITOR’S PICKS
10 things to look forward to in Saudi Arabia this January
READ MORE
8 incredible hotels opening in Saudi Arabia in 2023
READ MORE
Epic Andy Warhol exhibition coming to AlUla Arts Festival 2023
READ MORE
5 fun and completely free things to do in Riyadh
READ MORE
MOST POPULAR
Jake Paul vs Tommy Fury is set for February 26 in Riyadh
Tabuk is getting a mega new entertainment destination
A complete guide to Boulevard World Riyadh
10 wonderful things to do in Riyadh this weekend: January 26 to 28
Andrea Bocelli returns to AlUla: Here's how to watch
YOU SHOULD CHECK OUT