Jungle performs at the Down Beast stage of MDLBeast SoundStorm 2021…

After 180,000 music fans weathered a world-class storm of entertainment on a record-breaking opening day of SoundStorm ‘21, the beat continues with a spectacular line-up of over 60 international music icons and a host of the region’s biggest superstars performing for the adoring masses.

What’s On caught up with Josh Lloyd-Watson, one-half of the modern soul duo Jungle. This year heralds a new era for Jungle, who’s recently released a brand-new album, “Loving In Stereo”. The duo spent the past year locked in a studio and have emerged, delivering a dance-floor record for the summer and beyond. 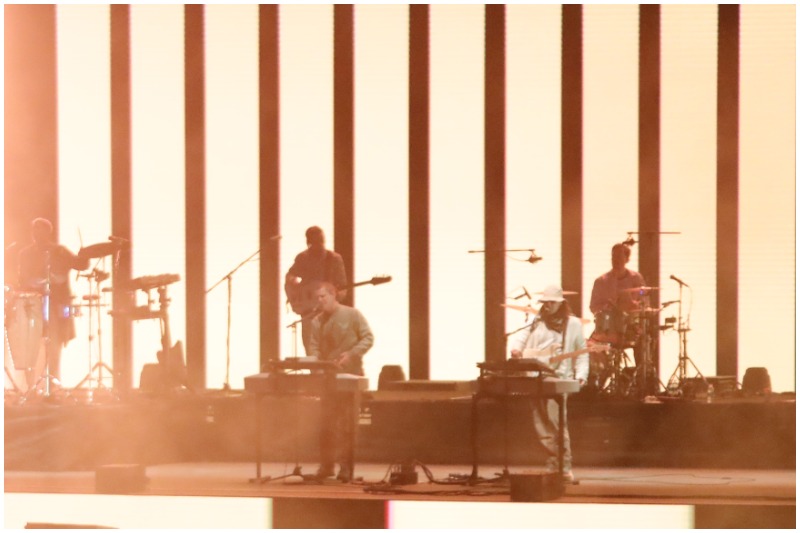 So, is this your first time performing in Saudi?

How does it feel to bring your music to the region, specifically to Saudi Arabia, for the first time?

We’re very excited. It’s important to bring music to people all around the world. Music enlightens people’s lives and helps make them express themselves.

How important do you think an event like SoundStorm is to inspire and support young and regional talents?

For sure. Music is an amazing creative outlet, and it can take one to incredible spiritual places. I remember going to a gig when I was very young, and that inspired me to play music and make music and want to be up there performing for other people. So, if we can continue that cycle of inspiration, you know it’s like any art.

What would you say would be the most important factors that MDLBeast could do to continue doing that?

Perhaps starting a youth programme and getting young kids into that industry – in terms of the sound and the backstage. Also, it’s about inspiring people and bringing people to the environment. When you come to an environment where live shows are and live music is being performed, you can’t help but be inspired.

Last but not least, do you have a message for the fans in Saudi Arabia?

Yeah, I just want to say hi and thank you for coming to see us, and we hope you enjoy the show. Hopefully, we’ll come back sometime soon.