The low-cost airline will fly to Azerbaijan, Egypt, Georgia, and Jordan from mid-June to late July…

Still planning your summer holidays? You’re in luck. flyadeal, the latest low-cost airline and the third-largest air operator in the Kingdom of Saudi Arabia, has listed five international destinations for its flight network in the summer of 2022. 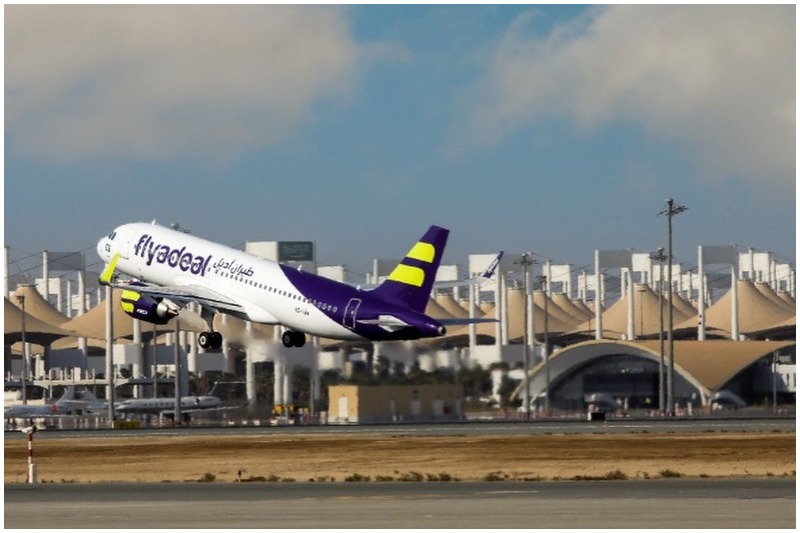 The best part? You can get to completely different spots in under five hours. Less flight time also means more savings, so you can travel wild and free to your heart’s content.

Non-stop flights to Amman in Jordan, Baku in Azerbaijan, Tbilisi and Batumi in Georgia, and Sharm El Sheikh in Egypt will launch this summer.

flyadeal’s seasonal flights will operate to the five destinations from mid-June to late July, with seven weekly flights from Riyadh and Jeddah to Amman.

There will also be four flights operating to Tbilisi from Riyadh, three from Jeddah, and two from Dammam. In addition, Batumi, Georgia’s second destination located on the coast of the Black Sea, will have an average of three flights from Riyadh and Jeddah.

Initially, there will be an average of four flights to Baku from Riyadh and three flights from Jeddah and Dammam.

An average of three flights will operate to Sharm El Sheikh from Riyadh and Jeddah and two flights from Dammam.

flyadeal has also added the King Fahd International Airport in Dammam as a new starting destination to operate flights to Cairo. It will operate seven weekly flights, in line with the demand for Cairo flights witnessed through both Riyadh and Jeddah.

During the summer season, flyadeal flies to 21 destinations, including 14 domestically and seven internationally, supported by a modern fleet of 21 aircraft.

You can book flights here for the best rate or through the smartphone application, which features a wide range of services for customers.

News
Summer Deals
Travel
EDITOR’S PICKS
10 things to look forward to in Saudi Arabia this January
READ MORE
8 incredible hotels opening in Saudi Arabia in 2023
READ MORE
Epic Andy Warhol exhibition coming to AlUla Arts Festival 2023
READ MORE
5 fun and completely free things to do in Riyadh
READ MORE
MOST POPULAR
Jake Paul vs Tommy Fury is set for February 26 in Riyadh
Tabuk is getting a mega new entertainment destination
A complete guide to Boulevard World Riyadh
10 wonderful things to do in Riyadh this weekend: January 26 to 28
Andrea Bocelli returns to AlUla: Here's how to watch
YOU SHOULD CHECK OUT